What I learned about fame in America

Considering the link between mass killings and celebrities 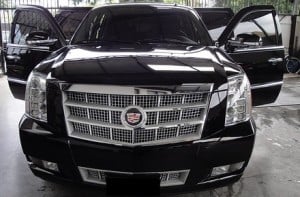 We were walking down Ocean Drive in Miami Beach on Friday night and wanted to escape the loud music and even louder Happy Hour patrons crowding most of the bars, so we ducked into a little place called News Cafe. The bartender, a southern gal from North Carolina, chatted us up. It was the day of the shootings in Connecticut where 20 children and seven adults died. “Make bullets a million bucks,” she said while wiping the counters. “And stop publishing the names of the shooters.”

I had heard these arguments last time there was a “mass shooting,” as these incidents are now called. I dismissed both ideas because of the obvious impracticalities. Extreme gun control laws can’t stop a black market for guns. And besides, the suggestion that deranged people kill for notoriety always seemed far fetched. Murdering just to become famous? I never really got that.

Now, I’m reconsidering. After a bizarre weekend in Miami, I returned to Canada with a new understanding of the pervasiveness of America’s celebrity-worshiping culture.

After the gun control debate in the bar (by the way, I love that this American wasn’t too polite to debate strangers) I steered the conversation to something lighter that happened earlier that day.

I was walking down a side street toward Lincoln Road, the outdoor mall where people hang out under palm trees in front of stores that sell little of practical value. A man with a flashing camera lunged from some bushes. Startled, I stepped onto the street. A black Cadillac Escalade SUV swung into reverse, ignored my right of way and came within inches of hitting me.

What happened next seemed bizarre, if only at first. After the cameraman got a couple shots, the SUV did not speed away. Instead, it inched forward. Dozens more Paparazzi assembled. Night turned to day. A swarm of onlookers with iPhones ringed the clucking cameramen. A big-bummed Kardashian (Khloé I’m told), got out of the driver’s seat, lifted a baby out of the backseat, sauntered around the vehicle and handed it to who I’m told was Kim. This was an odd exercise for someone avoiding the cameras. Of course, as I then realized, they were only pretending to avoid cameras.

I was starstruck, and I felt compelled to relate my brush-with-celebs to anyone who would listen, including this stranger at the bar. It was like I had a pocketful of social currency. This was especially strange considering that, until that point, I prided myself in not knowing who the Kardashians are. I purposefully avoided reading any story, Tweet or post that mentioned their famous name.

After I told the bartender my silly story, she leaned over and whispered. Another celebrity “is in the house.” Sitting a few feet away was John McAfee, the man famous for losing his software fortune and fleeing police in Belize following the murder of a neighbour. Last time I heard, he was in Guatemala.

“No one sits at that table unless they want to be noticed,” said the hostess. And people sure noticed. Between a chain of cigarettes, McAfee posed for iPhone shots with gleeful tourists.

Much to my embarrassment now, my response wasn’t, “how sick are these people?” Nope. My initial concern was how I too would get a photo for my Facebook wall.

After returning to Canada, I listened to Rex Murphy’s Cross Country Checkup on CBC Radio. He was discussing the Newtown massacre with some Average Joe. The caller suggested the media impose a blanket ban on publishing the names of murderers to avoid glorifying the act in the minds of other potential killers. I recalled the bartender in Florida, who made the same suggestion.

Such a ban would be impractical at best. Still, I finally understand why so many people argue that the desire for fame—the need for notoriety—may be contributing to a culture of killings.

Celebrity culture had, after all, affected my own mind more than I realized. I’m ashamed that I almost asked for McAfee’s photo. It would have been glorifying a potential monster. But it taught me that the desire for fame, even of the Facebook variety, is a powerful force in America.