What if your roommate is transgender? 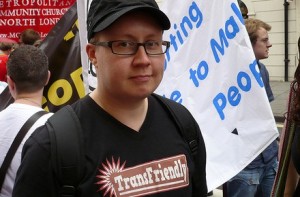 Ashley Gunn, the president of the University of South Florida’s (USF) gay student alliance, is applauding her school’s decision to allow transgender students to choose whether to live in a single room, with a friend of their choice, or be assigned randomly to a dorm room with a man or a woman.

But other students aren’t happy about the idea of sleeping next to someone who is physically the opposite sex, or whose gender is otherwise ambiguous. “I can’t imagine going into a room where I think that there is a woman, but it’s actually a man,” student Mohammad Noore told Miami TV station WTSP. “I’d be freaked out by it, creeped out by, maybe even a little disgusted.”

USF is not the first American school to make special provisions for GLBTTQ students who feel uncomfortable living with roommates of the same sex. Rutgers University in New Jersey began allowing students to live with the opposite sex if they so choose after Tyler Clementi, a gay student, committed suicide after repeated taunting from male roommates who exposed his homosexuality. Genderblind, an organization that advocates for gender-neutral campuses, lists 14 American universities with similar policies.