Urback: I didn't vote for Jack, but I did respect him. 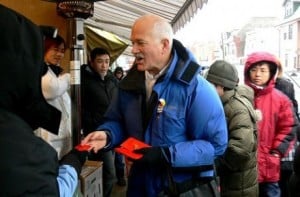 I have never voted for the NDP. Before the May federal election, when the NDP surprised us with 30 per cent of the vote, I fleetingly considered supporting Jack Layton’s New Democrats, but couldn’t swallow his proposals for spending and tax increases. Jack seemed like a good enough guy, but for mostly fiscal reasons, I didn’t want him running the country.

As someone who never supported Jack politically, and honestly, likely would not have if he were able to run again, I still feel his death is sorrowful loss for young Canadians. Despite being in his sixties, Jack was indisputably the best of the federal leaders at connecting with the nation’s youth. He reached out to us despite our record of poor turnout at the polls. For this reason, Jack transcended party lines as a man who spoke to Canadian youths.

Jack Layton’s record with the under-30 crowd started when he was as a city councillor in Toronto. He was known to always save time for questions from young journalists during scrums and worked directly with university students on local issues that they cared passionately about, even those as seemingly insignificant as saving a couple of Victorian homes. Later, as federal leader of the NDP, Layton spoke directly to Canadian young people through venues such as Much on Demand, encouraging engagement, interaction, and faith in the political system. And then, of course, there was his final letter to Canadians, in which he penned a paragraph specifically to Canada’s youth, expressing his “belief in [their] power to change this country and the world.”

Political pandering is often a deliberate, pragmatic process, which is why so few politicians give youth the time of day. With such poor voter turnout among 18 to 25-year-old Canadians, other parties think it’s better to spend the campaign retirement home-hopping than wasting an afternoon on a university campus. But for Jack, it didn’t seem to matter.

I didn’t always agree with what Jack said, but I did always appreciate the fact that he was trying to speak to me. I’m not going to fawn, nor do the opposite and don a silly wig while making a grotesque statement about “National Necrophilia Week” like Ezra Levant. But I will say that Layton’s death means young Canadians of all stripes have lost an important federal advocate. I may not have given him my vote, but he did have my respect, and that’s because I’m pretty sure the feeling was mutual.