What students are talking about today (Aug. 23 edition) 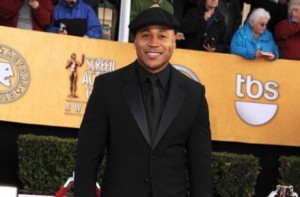 "With his physical strength" (Photo by www.chicagofabulousblog.com)

1. Rapper LL Cool J, who made famous the words “Mama said to knock you out,” has put his money where his mouth is. Upon discovering a burglar in his Studio City, Calif. home, police arrived to find that Mr. Cool J “just had him in custody with his physical strength.”

2. Cambridge Bay, Nunavut isn’t linked to the rest of the country by roads, but that hasn’t stopped Google Street View from sending a camera to map the high Arctic town. It’s probably not of much use, as the 1,477 people who live there pretty much know all the roads and apparently the satellite Internet is so slow that watching it will be a struggle. But for us in the south, it is cool!

3. Another lesbian student has faked an anti-gay attack. A former University of Nebraska women’s basketball star carved anti-gay slurs into her skin and then called for help. Police say a Facebook posting presaged the self-injury: “So maybe I am too idealistic, but I believe way deep inside me that we can make things better for everyone. I will be a catalyst. I will do what it takes. I will. Watch me,” it read. Earlier this year, a lesbian in Connecticut claimed she received anti-gay notes under her dorm room door. A surveillance camera revealed that she had been slipping herself the notes.

4. The Law School Admission Test is good for you (and not just because a high score may lead to a lucrative career). The test physically changes the structure of the brain, bolstering connections between areas important for reasoning, say neuroscientists at the University of California, Berkeley.

6. A man is in custody after University of British Columbia student Joshua Hogarth, 18, was found dead Tuesday morning. A knife was found near the crime scene.

7. Police in Burlington, Ont. are warning students against advertising parties on social media. A teenager whose parents were away did so and about 200 unwanted guests showed up.

8. Music students traveling from Poland to Calgary were told that only two cellos were allowed on their flight even though they’d paid for four extra seats to accommodate all four. Air Canada apparently has a policy of no more than two per plane. How they got to Poland: on Air Canada.

9. Human error, not weather or faulty equipment, caused a woman to fall to her death during a hang-gliding trip in British Columbia earlier this year, an investigation has determined.

10. The Sun tabloid newspaper in England is facing allegations of intern mistreatment for allegedly pressuring a 21-year-old woman to pose naked for fake Prince Harry nudes after the Royal Household frowned upon publishing the real ones. The photo briefly appeared online. A Sun spokeswoman said the photo was published “in error” and denied the intern had a problem with it.