What students are talking about today (December 10th edition)

Pot brownies, grassy libraries and a monkey loose at Ikea 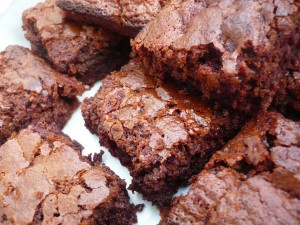 1. Colorado voted to legalize recreational marijuana use in November, but feeding it to unsuspecting classmates is a half-baked plan. On Saturday, two University of Colorado at Boulder students were arrested after their professor and five classmates fell ill from unknowingly eating “marijuana-laced brownies.” University police spokesman Ryan Huff told Reuters that Thomas Cunningham, 21, and Mary Essa, 19, brought the brownies as part of a pre-exam “bring food to class” day, and that police were called after the professor complained of dizziness and drifted “in and out of consciousness.” Three of the people who ate the brownies were hospitalized, but have since been released.

2. Speaking of pot brownies, shoppers at a Toronto Ikea undoubtedly rubbed their eyes in disbelief on Sunday afternoon when a tiny monkey clad in a diaper and faux shearling coat turned up in the parking garage at the North York store. The Toronto Star reports that the monkey, later identified as Darwin, somehow managed to escape from his owner’s car. Darwin was on the lamb for about half an hour before being captured by Toronto Animal Services. Darwin’s owner, who turned himself in and signed the monkey over to the care of Animal Services, was fined $240 for owning a prohibited animal. The little guy is already a social media sensation: Twitter parody accounts @IKEAmonkey and @Ikea_monkey popped up hours after the escapade.

3. Bah, Harper! Civil servants will once again be allowed to adorn their offices with nativity scenes, Menorahs and other holiday decorations, the Canadian Press reports. This is the second year in a row that federal employees are being advised of their right to get festive. Human Resources Minister Diane Finley first issued a similar directive last December, after the Quebec chief of Service Canada told employees they could only hang holiday decorations in personal spaces. Treasury Board President Tony Clement acknowledged to CP that some people might not want to see holiday decorations in government offices, but was said people who want to express their religious beliefs should be allowed to do so: “Our Government will not allow the Christmas spirit to be grinched.”

4. What’s your studying style: Library? Starbucks? Grassy knoll? To help students deal with the stress of winter exams, Cornell University’s Department of Design and Environmental Analysis installed sections of grassy turf in the lobbies of libraries and science buildings on campus, complete with the overstuffed leather chairs you’d expect at a more traditional studying spot. School administrator Eveline Ferretti told UPI that “being in touch with nature helps people be calmer, and they feel refreshed and productive.” Cornell’s setup sure beats the plights of students at Carleton University in Ottawa, where library renovations are hampering students’ ability to find study space.

5. How much does your university president make? In The U.S., the median compensation for private college presidents in 2010 crept up to $396,649 – 2.8 per cent higher than last year – according to the latest annual compilation by The Chronicle of Higher Education. The Huffington Post reports that the highest paid official was The New School president Bob Kerrey (who held his post until December 2010), who earned a base salary of $600,000 with total compensation valued at just over $3 million. Shirley Ann Jackson, president of Rensselaer Polytechnic Institute in New York, was 2010’s top earner who remains on the job and came in second at $2.34 million.