What students are talking about today (December 3rd edition) 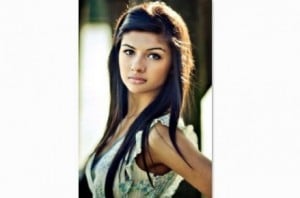 2.  Iman Siwalem was in the basement of her house near the University of Windsor on Saturday when she heard the footsteps of an intruder above. She locked herself in her basement room, but the man barged in, lunged and chased her up the stairs. She fled in bare feet and got her neighbours’ attention. More here.

3. It was 20 years ago today that the world’s first text message—Merry Christmas—travelled from a computer to a phone. Its inventor, Neil Papworth, was a 22-year-old Montreal man working for British telecom company Vodafone. To read more about how texts changed the world, see Maclean’s.

4. A college instructor in Wyoming fought off his 25-year-old son with an arrow from a cross-bow lodged in his head. The son killed his father’s live-in girlfriend the day before he entered his father’s classroom at Casper College and killed him too, before killing himself. More in the Star.

5. Nearly 600 students and staff at the University of Saskatchewan are being asked to get tested for tuberculosis this week after an arts and science student tested positive. More in The Sheaf.

6. An Edmonton fraternity, Delta Kappa Epsilon initially advertised their upcoming Western-themed fundraiser on Facebook as “Western Bros and Nava-hoes.” Gail Gallagher, an Aboriginal Studies student at the University of Alberta told CBC that the name, a reference to Navajos, was demeaning. She says the fraternity phoned her to apologize and agreed to change the name.

7. Students at Ryerson University are Tweeting at their campus library to complain about the lack of study space. Such shortages have been reported at many Canadian campuses this semester.

8. There are so many cat videos and so little time. If you have time to watch just one this week, make sure it’s this kitty turned D.J. who has soft spot for Bob Marley.

9. The Duchess of Cambridge is expecting a baby. Kate Middleton has been admitted to a London hospital with “very acute morning sickness and is expected to stay for several days,” reports the BBC. Patricia Treble, Maclean’s resident royal watcher, predicted this on Friday. Just sayin’.

10. Engineers at the University of British Columbia, whose jackets are, coincidentally, red and white, spread holiday cheer (or annoyed people, depending on how you look at it) by marching through various buildings on campus on Friday while singing holiday tunes. See the video at Ubyssey.ca.