What students are talking about today (November 12th edition) 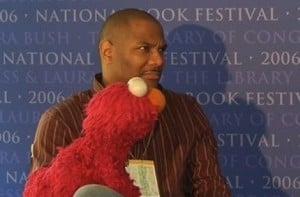 1. Concordia University has responded to complaints by Chinese students about homestays advertised through a link on its website. One student told CBC News that she hadn’t been fed enough, losing weight as a result. “While Concordia is not involved in providing homestay services, it has undertaken a careful review of the allegations,” reads Concordia’s statement.

2. Kevin Clash, the 52-year-old puppeteer behind Elmo, has been accused of having a sexual relationship with a man who was 16 at the time, according to a statement from Sesame Street. Clash denies the boy was underage, but he has taken a leave of absence and has been disciplined for inappropriately using work computers.

3. The Fiscal Cliff, a Jan. 1st deadline of doom that the U.S. economy faces if Congress doesn’t amend its agreed-upon package of tax hikes and spending cuts, is apparently a subject of interest for Star Wars fans. They took to Twitter with the hashtag #StarWarsFiscalCliff. Here’s one such missive from Tweeter John Podhoretz: “Ben Bernanke? That wizard is just a crazy old man.”

5. A drunk woman wasn’t sure how she got stuck between two buildings near Brown University in Rhode Island early Friday morning, reports WPRI news. It took rescuers an hour to get her out.

6. The transcript of futuristic thriller A Clockwork Orange, written Anthony Burgess almost 50 years ago and made iconic on film by Stanley Kubrick, apparently sits in the bowels of McMaster University’s archives. It’s a reminder that libraries can be pretty cool. See more in National Post.

7. Maclean‘s funny guy Scott Feschuk has some advice specifically for university students, including “don’t pass out in a ditch,” which he apparently learned the hard way. Read it here.

8. Young people in Sarnia, Ont. aren’t happy that a pub called Two Amigos has restricted itself to clientele aged 25 or older. A Toronto lawyer told The Observer that such a rule is illegal under Ontario’s Human Rights Code. The bar says it had too many problems with young drinkers.

9. A supporter of the Romney-Ryan presidential ticket says he has “egg all over his face” after getting a Romney-Ryan tattoo ON HIS FACE during the campaign. The ink helped him raise $5,000. That was a drop in the bucket of the $6 billion spent in total on the U.S. election.

10. Waterloo-based Research In Motion announced it will release its much-delayed BlackBerry 10 on Jan. 30, 2013, just in time to miss Christmas. RIM says the phones will include better keyboards.