What students are talking about today (November 16th edition)

Jimmy Carter at Queen's, Twinkies at risk & a hip-hop club 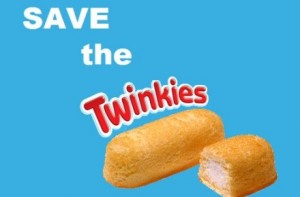 1. Queen’s University is facing a backlash after deciding to award former U.S. president Jimmy Carter an honourary degree. Why? Because Carter criticizes Israel. The Centre for Israel and Jewish Affairs told National Post that at least 50 upset Queen’s alumni have contacted them.

2. Twinkies and Wonder Bread are on life-support. Hostess Brands Inc. says it will go out of business after failing to get wage and benefit cuts from thousands of striking bakery workers.

3. A third-year journalism student at Ryerson University has started the first Canadian chapter of the Student Hip-Hop Organization. The self-funded group celebrates hip-hop culture and discusses what’s hot on the hip-hop scene, reports The Eyeopener. U.S. branches have brought acts like Wiz Khalifa and Kid Cudi to campus.

4. That famous “shirtless photo” of FBI agent Frederick W. Humphries II, the man initiated the investigation that forced CIA director David Petraeus to resign, turns out to be rather tame. The Seattle Times notes that it was taken after a workout. It’s not exactly the sexting we pictured.

5. Great minds think alike. Ishmael Daro of The Sheaf at the University of Saskatchewan published an editorial this week declaring that if 18-year-olds are allowed to vote and fight in wars they should also be allowed to buy alcohol too. This week’s Maclean’s editorial tackles drinking ages too.

6. Carleton University says information about the grades it hands out should be kept secret because the data, if revealed, could discourage prospective students, reports the Ottawa Citizen.

7. Movember is not a harmless fundraiser. No sir. Mustaches can harbour deadly bacteria and are located between the mouth and nose providing a ladder for those bugs. CBC went in depth.

8. The town of Canmore, Alta. has begun trapping and killing its feral rabbits, reports The Canadian Press. The town says the rabbits, descendent from pets, attract cougars, coyotes and bears.