What students are talking about today (October 9 edition) 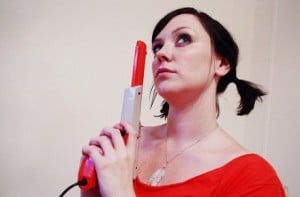 1. Remember those orange Nintendo Zapper guns from the 1990s? Apparently they were okay for millions of children to use, but they’re too offensive to be viewed by grown-up students at Saint Mary’s University. Citing a postering policy, SMU’s student association told the campus gaming society to take down posters that used the guns to advertise an event.

2. You’ve made it to Thanksgiving in your first year of university or college, but did your relationship survive? On Twitter, students are talking about the Turkey Dump, the annual tradition of first-year students breaking up with their high school sweethearts on their first trip home from school.

3. The winner of a cockroach-eating contest in Florida (where else) has died. The Ben Siegel Reptile Store near Miami, which held the event, had offered the winner a pet python.

4. Felix Baumgartner, a much cooler daredevil, is trying today to free-fall from the edge of space, about 37 kilometres up. After 40 seconds, he should be falling at 1,110 kilometres per hour.

5. Queen’s University has earmarked $4.1 million from a deal with Coca-Cola for student wellness.

6. More than 600 Venezuelans living in Alberta went all the way to Vancouver on the weekend to vote in their country’s presidential election. Some told the Vancouver Sun that they see no future in their homeland under socialist Hugo Chavez, who was re-elected with 54 per cent of the vote.

7. Dozens of protesters rushed the gates of Marineland in Niagara Falls, Ont. on Sunday demanding an end to what they see as animal abuse, reports The Canadian Press. Niagara Police estimated that a crowd of about 800 had gathered outside the park and about 150 rushed the front gates. Former employees and animal activists from Zoocheck Canada say the animals are at risk.

8. Canada plans to double, by 2014, the number of Irish youth who arrive annually as part of the International Experience Canada program. The program offers visas that allow 18 to 35-year-olds to travel and work in Canada for up to one year. Young Canadians can travel and work in Ireland in exchange, but it’s a much better deal for the Irish whose homeland has sky-high unemployment.

9. Brock University is mourning the death of Albert Piccioni, a second-year accounting student. He died on Thursday after colliding with a car while cycling near campus after dusk.

10. The British Columbia government is facing a backlash from students over a $15-million advertising campaign that includes transit ads that say “Hipster is not a Real Job.” The ads are supposed to get youth excited about skilled trades, but instead they’re leaving them confused.