What students are talking about today (October 10th edition)

An actress attacked, a student shot dead & a capella 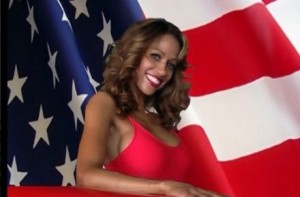 1. Actress Stacey Dash, known best for her role in the 1990s TV show Clueless, has been attacked on Twitter for endorsing Republican Mitt Romney. As an African American woman, apparently she is supposed to support Barack Obama like the rest of Hollywood. Referencing Martin Luther King Jr., she told CNN that she chose Romney “not by the color of his skin, but the content of his character.” She also cites economic reasons. Is she talking about how all this publicity will affect her personal economics? Either way, people should lay off.

2. A University of South Alabama student who was fatally shot by a campus police officer after being seen nude on campus had taken the drug LSD. Police also allege Gil Collar, 18, had assaulted two people and attempted to bite a woman.

3. The Nobel Prizes are announced this week. One winner was told by a teacher in 1949 that his dreams of science were “ridiculous.” John Gurdon’s instructor wrote the following on his report card: “If he can’t learn simple biological facts he would have no chance of doing the work of a specialist, and it would be sheer waste of time, both on his part, and of those who have to teach him.”

4. The film Pitch Perfect is about dueling a capella groups, but it isn’t anything like Glee. (Glee, for example, doesn’t have multiple scenes involving projectile vomit.) But both have people talking about the cultish campus singing groups. Inside Higher Education takes a closer look.

5. Engineers at Ryerson University in Toronto are bummed that they’re the only ones on campus who don’t get a fall reading week. Cheer up engineers, at least you’re more likely to get a job.

6. Former Pennsylvania State football coach Jerry Sandusky, convicted of sexually abusing 10 boys, showed no remorse on Tuesday while being sentenced to 30 to 60 years in prison.

7. Malala Yousafzai, a 14-year-old Pakistani girl, was shot in the head on a school bus by a masked Taliban gunman. A Taliban spokesman told the New York Times that Yousafzai had been targeted for propagating “Western culture” and added that, if she survives, they will try again to kill her.

8. Two Hong Kong parents are suing an education consultant who they say promised to get their children into Harvard University. They say they paid him $2.2 million. (Am I in the wrong career?)

10. The James Bond franchise is 50 years old this week and Maclean’s is stoked. Jessica Allen recounts how she wanted to be 007 ever since watching Moonraker as a kid, at which point she took to smoking crayons and drinking Kool-Aid martinis. If that doesn’t intrigue you, this video will.