What students are talking about today (October 19th edition) 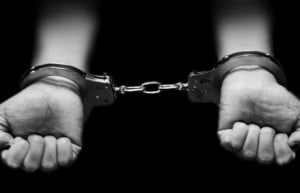 1. Eight girls in London, Ont. have been arrested over allegations of bullying at a high school.

2. This comes on the same day that more than 40 vigils are expected around the world to honour Amanda Todd, the B.C. teen who committed suicide after struggling with years of bullying.

3. A scientist from the University of Chicago posted a really dumb statement on Facebook after the annual meeting of the Society for Neuroscience: “There are thousands of people at the conference and an unusually high concentration of unattractive women. The super model types are completely absent. What is going on? Are unattractive women particularly attracted to neuroscience? Are beautiful women particularly uninterested in the brain? No offense to anyone..” Suffice it to say that offense was taken.

4. The dreaded premenstrual syndrome (PMS) may be a myth, according to University of Toronto researchers. They say that although the cramping, bloating and headaches are real, society overemphasizes the relationship between mood swings and menstrual cycles. (Maybe those perceived bad moods instead have something to do with male scientists’ Facebook posts?)

6. Interim Liberal leader Bob Rae was at Queen’s University this week and took a few questions from the Queen’s Journal. When asked whether he supports the universities setting their own tuition, he responded with this: “Yes I do. The only way we are going to allow [universities] to move forward is to give them greater freedom in tuition. The government needs a stronger mandate for lower income students. The two go together. We have become so fixated on having a common level of tuition that we fail to recognize the need for universities to differentiate themselves.”

7. Concordia University is getting extra funding from Quebec’s new Parti Quebecois government for its “francisation program” Oui Can Help!, which focuses on French training for Anglos.

8. It’s week three of The Bachelor and Brad Smith spent part of it “showing off his baby daddy potential when he flew five girls to Mexico and bequeathed soccer equipment onto underprivileged kids,” writes Sonya Bell, one-third of Maclean’s bachelor panel. Smith also showed off his body.

9. Lady Gaga says she’s launching a “healthy drinking water brand.” I can’t imagine anything healthier than plain old water, but I have a feeling that it will sell. That woman is a marketing genius.