What students are talking about today (October 26th edition) 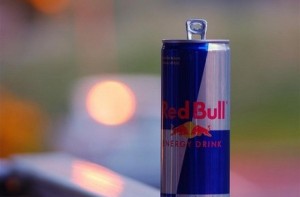 1. A Korean student at Cape Breton University is expected to be deported today after an outburst involving threats to a residence adviser. The decision is despite arguments from his lawyer that the incident was the result of drinking too many caffeinated Red Bull energy drinks, reports CBC News. Red Bull may yet give this guy wings—in the form of an airplane back to Asia.

2. For the first time, the fossils of feathered dinosaurs have been found in the Americas—dug up in the Alberta badlands by a Canadian team, reports Maclean’s science scribe Kate Lunau. The bones are from the same ostrich-like dinosaurs that famously appeared in Jurassic Park.

3. Frankenstorm, a.k.a. Hurricane Sandy, could merge with another weather system just in time to do serious damage to Eastern Canada and the U.S. on or before Halloween. Scared yet?

4. A task force in Florida has recommended that students at public universities pay more for arts programs than STEM (science, technology, engineering and math) degrees, because the latter are considered more valuable to the jobs market. I can already hear the whimpers of English profs.

5. University of Guelph students plan to scare up some hunger awareness with a zombie march to the grocery store to buy food for the annual Trick or Eat food drive on the day before Halloween.

6. The University of Waterloo has launched a new undergraduate program called Life Physics that integrates life and physical sciences to prepare students for work in health and biotechnology.

7. It sounds like a horror movie plot, but this one is real. Gilberto Valle, a 28-year-old New York City police officer, is charged with plotting to kidnap, rape, cook and eat women.

8. This is less horrifying: Pippa Middleton, sister to the Duchess of Wales, was hosting a costume-making party inside a book store when she told a “tomboy” girl that she will “love pink and love princesses” by the time she turns 10. “I hate princesses,” was the girl’s retort. Watch the video.

9. An ad supporting the Democrats and starring Lena Dunham from the HBO show Girls has conservatives hot and bothered. In it, Dunham talks about her “first time” and makes it sound like she’s talking about sex when she’s really talking about her first time voting for Obama. “Your first time shouldn’t be with just anybody,” she adds, “you want to do it with a great guy.”

10. It’s Toronto Fashion Week and Jessica Allen is there, pulling stunts like presenting Joe Mimran (of Joe Fresh fame) with a 1983 issue of Maclean’s that declared Alfred Sung “King of Fashion.”