What students are talking about today (October 30th edition) 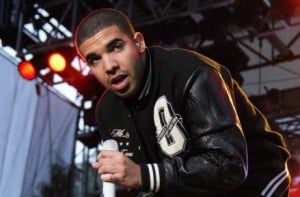 1. At least 17 people died due to Superstorm Sandy, which came ashore in New Jersey and spread across eastern North America Monday, knocking out power in many places, including parts of New York City. It was a serious storm with sad consequences for many, but that didn’t stop students at shut-down U.S. colleges from celebrating their “hurrication.” Here in Canada, at least one person was killed when a piece of a Staples store sign in Toronto came lose and struck a woman standing underneath. Classes were cancelled on Monday evening at Brock University and Niagara College, but both reopened on Tuesday. Many flights are cancelled today.

2. Drake, the much-loved and occasionally hated Canadian rap superstar, is making headlines for the high school graduation speech he gave this weekend Jarvis Collegiate Institute in Toronto. The 26-year-old dropped out of school at age 15 to pursue an acting job with Degrassi: The Next Generation. He said on Sunday that the lack of diploma left a “gaping hole” in his life, so he spent the past five months finishing the work. Why would a millionaire want to finish high school? “This is about the art of following through,” he told the crowd.

3. A Republican student group at an Ohio university has apologized for using the song Fake Empire by The National in a pro-Romney video they posted on YouTube. This after frontman Matt Berninger posted a testy response: “We encourage all students to educate themselves about the differences between the inclusive, pro-social, compassionate, forward-thinking policies of President Obama and the self-serving politics of the neo-conservative movement and Mitt Romney.”

4. The job market may be shaky, but the education technology sector is exploding. The ranks of self-employed Canadians working in ed-tech grew by 65 per cent between 2007 and 2012, according to a CIBC study. By comparison, the second-best performing startup industry, health care, saw growth of less than 25 per cent. See the full story at CanadianBusiness.com.

5. Some student newspaper editors would prefer to skip Halloween parties. More than one student paper, like The Sheaf at U. Saskatchewan, recommends staying home and watching horror flicks.

6. Nickelback’s Chad Kroeger got revenge for fiancee Avril Lavigne on Twitter this weekend after her ex-husband, Deryck Whibley of Sum 41, along with Whibley’s his girlfriend, dressed up as Chavril for a Halloween party. Kroeger Tweeted on Sunday: “Hey Deryck loved the costumes! we were going to dress up as you guys this year but all the parties had celebrity themes haha!”

7. Two University of Regina students from Nigeria who will be deported for violating their visa conditions by working at Walmart have the support of Liberal MP Ralph Goodale. He told The Leader-Post that he was unsatisfied by the response he received in Question Period on Monday from federal Minister of Immigration Jason Kenney about the women’s impending deportation.

8. Due to the NHL lockout, later this week the league is expected to cancel its lucrative Winter Classic, slated to be held at the University of Michigan, reports The Canadian Press.

9. In Edmonton, some local residents are unhappy about plans for a new fraternity house near the University of Alberta. The local chapter of Phi Gamma Delta is seeking a development permit to build a 10-room house, reports CBC News. Neighbours are worried about parties and vandalism.

10. Employment prospects for young Canadians aren’t as bad as we think, according to a report from the Certified General Accountants Association of Canada. The peak unemployment rate among those aged 15 to 24 was 15.2 per cent during the last recession, compared to 19.2 per cent in the 1983 downturn. More importantly, 46.8 per cent of unemployed young people found a job within four weeks in 2011, compared with 27 per cent of those aged 30 to 54. Good news, right?