What students are talking about today (October 31st) 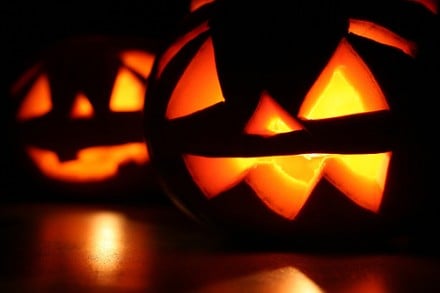 1. If you’re planning to go out for Halloween at the University of Prince Edward Island, you may be out of luck. Tickets to the annual Halloween party at the The Wave pub on campus sold out in six days and people are desperately seeking them on Facebook, promising extra cash—even cookies. Last year, tickets were controversially resold for $50 each “a full $37 more than the listed price,” reports The Cadre. Oh the horror!

2. If you haven’t already got a costume, Kevin Hurren of Western U. has a few cerebral suggestions. My favorite is the ceiling fan.

3. But be careful that your costume won’t be interpreted as racist. Toronto Maple Leafs centre Tyler Bozak was criticized for wearing black makeup as part of a Michael Jackson Halloween costume. After a flurry of criticism, he Tweeted: “That’s a tribute to one of my fave artists. For anyone saying its racist is crazy!”

4. The University of Alberta is partnering with online education provider Udacity, a startup run by Sebastian Thrun, the man behind Google’s self-driving car and Project Glass eyewear.

5. The Walt Disney Co. will pay $4.05 billion for Lucasfilm, maker of Star Wars. “When I left you I was but the learner, now I am the Mouseketeer,” Tweeted @DarthVader. He hasn’t changed a bit.

6. Korean rapper Psy made his first Canadian appearance in Toronto last night as part of a marketing stunt for Samsung. His Gangnam Style video will unseat Justin Bieber’s Baby as the most-watched on YouTube by Nov. 21, reports The Toronto Star. It’s already at 606 million.

7. In case you missed it, this week’s Maclean’s cover asks, “Why are schools brainwashing our children?” The answer has something to do with the social justice missions of teacher’s colleges.

8. A 30-year-old University of Waterloo doctoral student was sentenced Tuesday to 12 months of probation and 50 hours of community service for an assault. He had launched beer bottles at two people The Stampede Ranch country bar in Guelph, causing one of them to lose teeth. “Our bars here in Guelph see way too much of this stuff,” said Justice Norman Douglas in court. Indeed.

10. With the worst of Sandy passed, the news media is refocusing on the U.S. presidential election—just six days away. It’s a virtual tie nationally, but it’s the swing states that count, and polls put President Obama slightly ahead of Mitt Romney in the battlegrounds, Florida, Ohio and Virgina.