What students are talking about today (Sept. 12 edition) 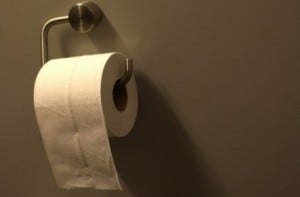 1. Some students at the University of Victoria are uncomfortable with the new “multi-stall gender inclusive washrooms” in the Student Union Building. The student union got rid of the old man-woman divide by renovating urinals and changing the gendered signs to show just a toilet. The goal is to make life more comfortable for transgender students. I guess one person’s comfort is another person’s discomfort sometimes.

2. The new Mattamy Athletic Centre at the Gardens (formerly Maple Leaf Gardens) is sponsored by Molson Coors. There are multiple beer ads and beer is for sale in the concession. While hockey fans are saying “thank God,” other people apparently have a problem with it. Ryerson University President Sheldon Levy, true to form, has a pragmatic response: “you can sneeze and be within 40 paces of the Gardens and have alcohol, so how am I supposed to police things?,” he told The Eyeopener, adding, “I consider the students adults and I trust them to make judgments.”

3. Two University of Regina students are seeking sanctuary in a church after the Canada Border Services Agency decided to deport them to Nigeria because they illegally worked for two weeks at Walmart. U of R President Vianne Timmons is lobbying the government to allow them to stay.

4. The Association of Nova Scotia University Teachers has released a report on administrator compensation called A Culture of Entitlement. It lists off the various grievances they have, including payments made to two Acadia University presidents after they left their jobs in the amounts of $420,000 and $468,000. The teachers will no doubt use this to argue they deserve more too.

5. A survey of 10,000 students in Europe and the United States showed that 75 per cent of U.S. students and 83 per cent of U.K. student decided not to buy all the textbooks their classes require in part because they find them too expensive. Similar figures in Canada wouldn’t surprise me.

6. A man is charged with fraud for raising $7,500 by pretending to have cancer. Calgary police arrested Kristopher Nicholas Cook, 28. It’s a despicable and surprisingly unoriginal crime.

7. A college freshman in China is being both praised and criticized for using a name at school that apparently translates as “F*ck Japan.” He has withdrawn from his school.

8. An 18-year-old male university student told a Toronto court he kissed and fondled his now 40-year-old former Grade 8 French teacher when he was just 15 years old. He says the teacher paid off a bet she made that she would to reveal her cleavage if he defeated her in a 2009 race.

10. Average undergraduate tuition figures are out from Statistics Canada today and they aren’t pretty. Full-time undergrads paid five per cent more in 2012-13. On average, they shelled out $5,581 this year. In Newfoundland, where fees are frozen, they remain the lowest in the country at $2,649. In Quebec, they’re famously up 10 per cent, but students there still paid just $2,774. Ontario students forked over the most: $7,180 (though many are entitled to rebates). Saskatchewan students paid the second most, $6,017.