What students are talking about today (Sept. 21 edition) 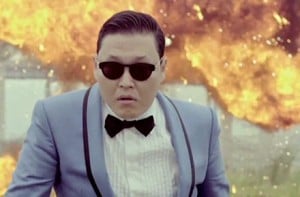 1. I didn’t want to bore you with another story about Gangnam Style so consider this a YouTube story. Psy’s music video with his horse-man dance moves is now YouTube’s most liked video of all time with 2.2 million thumbs up, way more than LMFAO’s Party Rock Anthem, which slips to second. Don’t get too excited. Everyone knows the more important record is total views. At 200 million, Gangnam Style has a long way to go to reach Justin Bieber’s Baby with 780 million views.

2. In a bizarre twist, Waterloo Regional Police say that a sexual assault alleged to have occurred on Monday did not actually happen. “It has been determined that the female’s initial allegations to police were not true,” they wrote in a release.

3. That’s great news, especially considering how such disturbing news could have detracted from today’s celebration. Prof. Stephen Hawking, physics superstar, is in Waterloo today to help open the Mike & Ophelia Lazaridis Quantum-Nano Centre, a $160-million facility that will allow for atomic-scale experiments. It’s named for a donation from the Research in Motion (RIM) co-founder.

4. Speaking of RIM, it’s been a terrible 24 hours for the cursed company. As people lined up outside Apple stores in cities across Canada and the U.S. to buy iPhone 5, RIM dealt with a BlackBerry outage this morning in Europe, the Middle East and Africa. This comes almost one year after a three-day BlackBerry outage that caused many to lose confidence in the former smartphone king.

5. A two-year-old Edmonton girl who was abused by her parents has died after the Supreme Court of Canada rejected a request to hear an appeal of a decision to take her off life support. Doctors had determined that the child, M, would not live long after being removed from the machine because of an irreversible brain injury. Her parents, citing their religion, had refused to end it.

6. France has banned street protests against the publication of cartoons denigrating the Prophet Muhammad that were published by a local magazine. This comes after a wave of anti-American violence across the Islamic world over an anti-Islam film. France’s population is eight per cent Muslim (approximately five million people). The banning protests may sound familiar in Quebec.

8. Remember Omar Khadr, the Canadian who has been locked in Guantánamo Bay for a decade after killing a U.S. soldier at age 15? Maclean’s has obtained exclusive access to a seven-hour interview that could play a role in Khadr’s fate. Some experts say he could be rehabilitated; others aren’t so sure. In one unsettling conversation, Khadr calls his father, a senior al-Qaeda terrorist, a “normal dad,” and says, “he was just trying to raise his children the right way.” Read it in print.

9. Acadia University is investigating an alleged homophobic incident in which a young lesbian woman says she was verbally abused by a group of rowdy male students while in line for a concert.

10. Montreal has been ranked the 10th best city in the world to be a university student. Paris, London and Boston were the top three. The QS Best Student Cities rankings looks at quality of living, employer activity, affordability and more. Rounding out the top 10 were Melbourne, Vienna, Sydney, Zurich, Berlin and Dublin. Much farther down the list were Toronto (26) and Vancouver (31).