What students are talking about today (Sept. 5 edition) 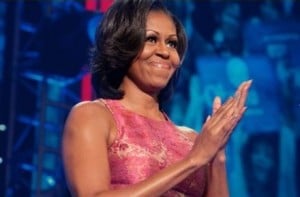 1. U.S. First Lady Michelle Obama gave a heartwarming speech at last night’s Democratic National Convention. She mentioned that she and her husband Barack struggled with college debt, contrasting them with Republican challenger Mitt Romney. She said her husband believes “success isn’t about how much money you make. It’s about the difference you make in people’s lives.”

2. The Gateway student newspaper obtained documents that  “revealed serious health and safety concerns” in Lister Residence at the University of Alberta, where alcohol was recently banned in common areas. Problems included “a Floor Coordinator and a student vomiting on each other, collecting it in a pitcher, and having a third student drink it.” Serious concerns indeed.

3. Another student paper, The Harvard Crimson, has done something less impressive: run online advertisements for ADDTabz, the “Adderall Alternative.” Adderall is a prescription-only stimulant used to treat Attention Deficit Disorder. It is sold illegally as a study aid. This advertising partnership seems rather unbecoming of an Ivy League school, much like last week’s cheating scandal.

4. Students who attend the University of Victoria or who rely on government-run B.C. Liquor Stores may be out of luck today as unionized workers join a one-day strike today.

5. The Quebec election ended with a narrow Parti Quebecois victory.Under Pauline Marois, the separatists got 54 seats and 31.9 per cent of the votes. Liberal Premier Jean Charest, who lost his own seat, won 50 seats overall with 31.2 per cent of the votes. The upstart Coalition Avenir Quebec won 19 seats and 27.1 per cent of the vote. Quebec Solidaire got two seats. Turnout was up dramatically to 74.6 per cent from 57.4 per cent in 2008. The night was marred by a shooting at the PQ victory rally. Police say Marois, who was whisked from the room, may have been the target.

6. Bouncers defended themselves in court on aggravated assault charges Tuesday related to an incident during which a McMaster University student received near-fatal head injuries two years ago. Chuck Ezeh was outside Club 77 and scuffled with three bouncers before hitting his head.

8. Some birds hold funerals, according to researchers from the University of California Davis. When certain jays encounter a dead bird, they call out, stop foraging, fly down to the dead body and gather around it. The behaviour may have evolved to warn other birds of nearby danger.

9. Another Christian school, this time in Australia, has banned the Harry Potter series, citing the fact that it’s “inconsistent with school values.” That does not sound like a very fun school.

10. Toronto Mayor Rob Ford is taking the stand in a conflict-of-interest case that could cost him his job today. He voted on a matter in which he had a financial interest. If he does keep his seat, former challenger George Smitherman says Ford’s chances at re-election are “extraordinarily good.”