Whatever happened to expertise?

Your friend read your essay. So what? 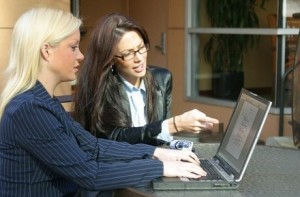 Andrew Keen’s book The Cult of the Amateur argues, as I gather, that the internet, far from being a wonderland of information and perspective, has become a overgrown garden filled with the weeds of foolishness and ignorance.

In short, he contends, expertise no longer means anything.

His thesis came back to me this week because of two strangely similar incidents. For a professor, there’s nothing strange about talking to students and learning that they’ve gone off track on an assignment. But this week I’ve noticed a disturbing pattern that Keen may wish to know about.

One student pleaded with me not to be too harsh with her plagiarized essay because, she said, she had asked a friend about it, and her friend told her that she didn’t have to cite her source as long as she changed some of the words. Her friend was wrong.

Another student’s mother called me up to say that her son was very upset at the grade he received, especially since he had asked “someone he knew” to proofread it and that person said it was fine. Someone he knew was wrong.

My fear is that this is just the beginning, and what I’m seeing is the first wave of students for whom expertise means nothing.

Though I have always resisted the notion that new technologies necessarily and fundamentally change the way we think, I can’t help wondering whether this trend is the fruit of the socially-networked world of the internet. In a world where Google searches routinely direct us to Wikipedia or other sites where the content is user-generated, students have become used to the notion that answers are all around us. If you want to know, you ask around, and it doesn’t matter who answers.

Thus the student who is unsure about a source or about whether an essay is on the right track or not doesn’t go the Writing Centre (even though a friendly staff expert visited the class and handed out her card) He doesn’t even consult the professor. Instead, he just asks his roommate and goes from there. It doesn’t occur to him that his roommate may not have any idea what he’s talking about.

If I’m right, the ramifications for university studies are sobering. After all, the best thing about university education is that students are brought into direct contact with scholars actively working with the things they are teaching. If you don’t care that your class is being taught by an expert in your field, if you don’t go to her office to ask questions, if you don’t engage in conversation after the class, you’re missing the best part.

When I heard Keen’s argument, I paid little attention. After all, surely people will still be able to tell what is the informed comment of those who know and what is not.

Now I’m not so sure.