What's the real difference between men and women?

When it comes to career and life, the sexes make similar choices -- but at different times 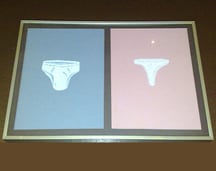 Question: What’s the real difference between men and women?

Answer: It’s all in the timing.

Based on the results of Statistics Canada survey released today, although men and women follow similar pathways from school to adult life, the main difference is in the timing of when they make certain transitions.

Studying more than 22,000 young people over eight years, researchers found that the most common sequence of events after formal education was pretty much what you might think: leave school, find a full-time job, leave the parental home, form a relationship, have children.

However, they also found some interesting facts: men were leaving school and working full-time earlier than women, while women moved out of their parents’ homes, formed relationships and had children earlier than men. Over those eight years, from 2000 to 2008, more men worked full-time and still lived with their parents. (Does this remind you of anyone? If so, that’s why.)

Respondents, who were 18 to 20 years old in 2000 and from all 10 Canadian provinces, also provided information about higher ed. When the survey started, about 55 per cent of both men and women had participated in some form of college, university or private post-secondary education. In 2008, by time they were 26 to 28 years old, this proportion had increased to 81 per cent.

Colleges edged out universities in terms of attendance, with 43 per cent of student attending college, and 42 per cent attending university. Overall, though, more women were going to university (8 per cent) and college (7 per cent) than men by the time the survey ended in 2008.

Most obviously, the report’s authors say the reason why women between 26 and 28 had a lower rate of participation in the labour market could be directly related to the fact that more women were in a relationship and had children earlier than men. In 2008, 57 per cent of women were (or had been) married or common-law compared with 42 per cent of men. Almost twice as many women (32 per cent) than men (18 per cent) had children at the same age.