Where the rich kids go

Guess which universities get the least student financial aid 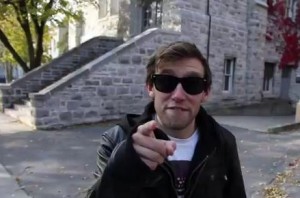 From Queen's Players "I go to Queen's!"

You know the stereotype that Queen’s University attracts rich kids? The one played up in this recent viral video in which a student jokes: “I don’t know what financial aid is, but Queen’s has it.”

Well, if the number of students receiving financial assistance is any indication, it’s very likely true.

Queen’s University has the lowest number of students receiving Ontario Student Assistance in the province: only 29.6 per cent of students.

Contrast that to Nipissing University in the relatively poorer north of Ontario, where twice as many—59.6 per cent—get loans. It’s almost as high at Trent University—59.3 per cent.

In Manitoba, the shocking thing is how few students receive loans at all. The number ranges from eight per cent at the University of Winnipeg to 13 per cent at Brandon University. Perhaps that’s because the average year’s tuition is just $3,593 in Manitoba, compared to $6,316 in Ontario and $5,647 in New Brunswick. As a result, Manitoban students may feel like rich kids too.