Young directors are using Twitter to fund their films 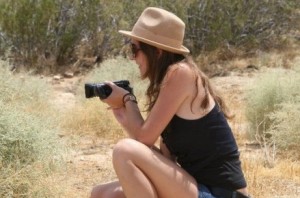 Most filmmakers aren’t like Transformers director Michael Bay. They don’t have millions of dollars, huge advertising budgets, or the ability to ruin childhood memories with expensive CGI robots.

So young directors have found a new way to raise funds. Cathy Beasley, a graduate of the New York Film Academy, is making an ambitious film called The Scapegoat. She doesn’t have Hollywood backing, but the film about jewel thieves hiding out in Venice will be shot on location in Italy nonetheless. The 2,000 followers of @KitCatFilms have helped her raise more than $10,000 already.

Danny Allen of the UK raised a third of his modest $2,500 budget in two hours on Twitter. @DannyAllenUK has more than 8,000 followers from more than 39 countries. They’ve given him more than just money, including offers from professionals to help with publicity, screenwriting and the score. “There is a growing level of support and interest from fans,” he says, “it’s a very nice place to be.”

Circumventing traditional studios allows indie filmmakers like Beasley and Allen to maintain creative freedom too. Allen describes his movie OUTSIDERS as a “moralistic horror film.” It’s an unusual twist on the genre, the sort of innovation that isn’t exactly nurtured by Hollywood.

“I didn’t want a mindless slasher film where some people go into a dark tunnel and get brutally killed, he says, “it’s been done before.” Big studios tend to see ‘done before’ as a good thing. He doesn’t.

Another benefit of crowdsourced funding is the built-in audience. “People begin to hear about the film and then they might want to see it when it comes out,” Beasley says, “It’s like free publicity.”

But free publicity can only take you so far. Allen plans to bring his film on a festival tour, including the Canadian Film Centre’s Worldwide Short Film Festival. Beasley is considering festivals too, along with Amazon Video on Demand, iTunes, or streaming. “We only live once,” she says, “so I strongly encourage everyone to get out there and do what they love.”

Following your dreams these days, it seems, starts with building your following on Twitter.