Bev Oda's seat is vacant. Who will fill it? 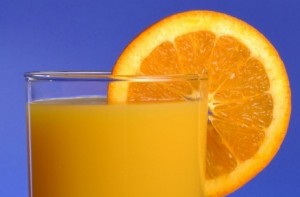 What will motivate people to enter politics now that billing taxpayers $16 for OJ is taboo?

We at Maclean’s get excited about democracy. I mean, who else would make a video eagerly anticipating the fall session of parliament and publish a post on five political stories we’re watching this week, just as our cover declares “Stephen Harper has finally met his match”?

Joking aside, not everyone is as enthused about their civic rights as we are, and some folks are trying to change that by pumping up the volume during Canada’s Democracy Week. In case you can’t make it to an event, we thought we’d share some of the wisdom smart people shared with us.

Max Cameron, director of the Centre for the Study of Democratic Institutions, asked audiences at the University of British Columbia to consider this: Why don’t (more) good people enter politics?

His words are below. Join the conversation on Twitter: #demcda and #cdnpoli, @maconcampus.

It takes more than good laws and institutions for democracy to flourish.  It also takes good people—good citizens and leaders.

And yet a lot of good people would never go into politics.  They don’t like the toxic levels of partisanship.  The don’t like the intrusive media scrutiny.  And they won’t pay the high personal costs of the political life.

Politics has become a despised profession, not a noble calling.  How can this be changed?

Let’s begin by asking, what makes someone a good politician?  Is it a commitment to the public good?  Or an instinct for power?  Must a politician have a passion for politics?  Or is it all of those things?

Of course all politicians tell us they want what is best for the public.  None will ever say they want power.  And we would never vote for a politician who said “I want to be elected because I like the salary, pension and benefits, the opportunities to travel and meet interesting people, and the trappings of power!”

Maybe our cynicism about politicians comes from the inauthenticity and hypocrisy that accompanies a job in which, in the cut and thrust of parliamentary debate, under the harsh glare of the TV cameras, you must always right and your adversary must always be wrong.  You are always motivated by the public interest, while your adversary is motivated by base and unworthy aims.

We see our politicians as flawed because they seem to lack character.  Polls show that we don’t think politicians are honest.  We don’t feel well represented.  We are unhappy with our parties.  We don’t like our leaders.

I want to suggest that our democracy is in crisis not because our institutions are bad, but because we’re not doing enough to cultivate the character, judgment, and virtue necessary for our democracy to flourish.

Let me give you an example.  Consider the job of the typical MP.  She must balance the needs of constituents, the voice of her own conscience, the demands of her region or language or ethnic group, passion for issues, and a commitment to the legislative process.

To do that well demands not only heart, brains, and courage, but also empathy, judgment, a spirit of compromise, a capacity for deliberation, and the moral will and skill to do what is right for her self, her caucus, her constituents, and her country.  That is a big job.

But what do we see?  We see the circus antics of question period.  We see legislation rammed through parliament with closure imposed to limit debate.  We see MPs unable to perform even the most perfunctory oversight of the financial business of the nation.  We see parliament reduced to an electoral college.  We see ordinary MPs who no longer even thinks of themselves primarily as legislators.

Let’s be frank, political parties are a big part of the problem—all the parties.  Party discipline has become excessive.  Party leaders have more control over MPs than voters.  The party line matters more than the conscience of the MP or the will of her constituents. There are few free votes, few non-partisan initiatives.  The non-confidence convention is used by government to stifle and shorten debate.  And the energy of the opposition is no longer harnessed to ensure government does what is right for the country as a whole.

Parties have become more powerful as electoral campaigns have become permanent, not episodic.  Partisanship is no longer set aside in the interest of governing well. As a result, the spirit of compromise is destroyed. The capacity to build bridges is lost.  Empathy is replaced by enmity; listening by shouting; deliberation by dictat.

American style hyper-partisanship and negativity has begun to turn us into an angry and polarized nation.  Rather than persuade you to vote for me, I try to discourage  you from voting by demeaning my adversary.  That’s called voter suppression.  In extreme cases it is illegal, as in fraudulent robocalls.

But before we place all the blame on parties and politicians, perhaps we should ask whether we’ve grown too complacent with the idea that as long as we have competitive elections, democracy will be fine.  “Elections are war by other means” say our most cynical pundits.  No, they’re not.  Democracy is about citizenship not just elections.  And citizenship demands public spiritedness, a capacity for compromise, care for others, a willingness to sacrifice for the good of all.

But we can’t ask for great leaders if we’re mediocre citizens.  And what is our duty as citizens?  In the first place, to vote.  This simple act is at the heart of the democratic process.  Yet voting turnout, as we’ve heard, is declining, especially among youth.

We have no business complaining about our democracy if we don’t vote.  So I have a modest proposal.  One answer to voter suppression and low turnout is to make voting mandatory.  Paying taxes is mandatory.  It is mandatory to respect the fundamental rights and freedoms of others.  Is it such a stretch to ask for voting to be mandatory?

Some might ask why they should bother to vote.  After all, all politicians are the same — right?  What people who say that are really telling us is they don’t have the discernment, or weren’t paying enough attention, to know the difference between the politicians competing for their votes.  With mandatory voting, you’d have to pay attention.  You’d have to cultivate the skills for citizenship, which takes practice and learning by doing.

But voting is not enough.  A flourishing democracy demands active citizenship.  How? There are lots of ways to get involved.  Join any of a large number of groups promoting democratic causes: Apathy is Boring, Samara, Big Money Out, Fair Vote BC, Lead Now, the Fraser Institute, the Canadian Centre for Policy Alternatives, Your Country, Your Constitution.  Join a party or a movement.

At the Centre for the Study of Democratic Institutions, we recognize that universities could do more to help prepare people for public life.  We want to work with schools and local governments.  And we’re even exploring the idea of creating a training ground for future leaders and a space for democratic experimentation.

When the challenge is to be better citizens and leaders, the ultimate answer is for each of us to look at what we are doing — as educators, students, business people, professionals, workers or farmers, civil servants — and to ask how could we contribute more to the public good.  We need to cultivate the skill to deliberate and act in the public interest, to hone our capacity for empathy and dialogue, to discern opportunities for compromise, and find the will to make a difference.