Why Indigenous Studies shouldn't be mandatory

It's redundant, it's unfair, and coercion causes resentment 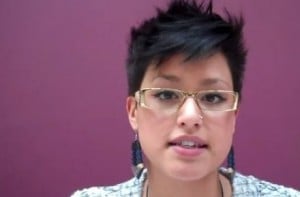 A third-year student from First Nations University wants to force all students at the nearby University of Regina—and eventually everywhere—to take mandatory Indigenous Studies courses.

The idea is gaining steam more quickly than Julianne Beaudin-Herney, 20, had imagined.

More than 1,000 people have signed her petition entitled Students Initiative to Change On-Campus Systemic Racism. Administrators have offered support, student union presidents across the country have fallen over themselves to sign. NDP leadership candidate Niki Ashton added her name.

The only people who have dared to publicly question the proposal are a few U of R engineering students. They don’t want to lose the single humanities course they get out of 45 classes in 4.5 years. Engineering undergrads are already so busy that only 64 per cent of them finish in six years.

Right now, for the single elective, they can choose from Philosophy, English, Women’s Studies or Religion. The associate dean says Indigenous Studies will soon be on the list of options.

But Beaudin-Herney won’t accept an optional course. She wants a mandatory credit imposed.

Kyle Smyth, of the Regina Engineering Students’ Society, isn’t willing to take it. He won’t give up English (his single humanities course) for Indigenous Studies, he doesn’t want a 46th class, and he objects to being forced to spend $650 and countless hours on a subject he’s not interested in.

I’m with him. Indigenous Studies is fine as an elective. But for many, it would be a waste of time and money. Above all, it’s wrong to force students to take classes focused on one minority’s history—especially when that minority’s history is already widely-covered in Canadian K-12 curricula.

Before you dismiss my ideas as evidence of White Privilege, or start telling me that all courses are currently viewed through a European lens—as Beaudin-Herney informs me—hear me out.

I agree with Beaudin-Herney that we need to mend the relationship between Indigenous Canadians and non-Indigenous Canadians. As she points out, the proportion of Saskatchewan’s population that’s Indigenous is growing—it’s projected to increase from 15 per cent today to one-third by 2045.

Different rules for Aboriginal Canadians, often imposed on them by White Canadians, have caused disproportionate levels of violence, unemployment and addiction in many Indigenous communities.

It’s never been more important that we learn to get along, and universities are leading the way.

But I learned enough about—indeed from Aboriginal Canadians—to take part in this national conversation without having been forced to take a mandatory course in university.

I learned enough because Indigenous history is already a priority in Canadian elementary and secondary schools and already permeates humanities and social sciences classes in universities.

Saskatchewan has integrated Indigenous studies into K-12 classes since 1986. It’s the same in Ontario. As a 26-year-old, I can assure you that Indigenous issues were the primary focus of my social science and history classes from kindergarten to graduate school at UBC.

In Grade Four, I filled in a map of Canada showing the different Aboriginal linguistic groups. In Grade Five I made bannock with Algonquin grandmothers. In Grade Six I listened carefully to a Cree woman about how she was flown from Hudson Bay each fall to residential schools in Timmins.

In Grade 10, after skimming over the defining moments of Canada’s history like the War of 1812 and the Conquest of 1759, my teacher spent the rest of the semester lionizing a Metis—Louis Riel.

In first and second-year at the University of Guelph, my Canadian History courses were filled, once again, with explorations of the relationship between Canada’s Aboriginals and non-Aboriginals.

It wasn’t until year two of university that I was allowed to even consider anyone else’s history. I took Mexican history, Indian history, rural history, African history, anthropology and medieval British history. In an elective called Canadian Social History, I learned about Canada’s systemic discrimination against women, gays and lesbians, Eastern Europeans, Asians, Jews and Africans.

I could have taken Indigenous Studies as an elective—but I didn’t. I’d learned enough already.

Students who come after me should be able to decide when they too have learned enough.

But there’s another problem. A mandatory class is a slippery slope. Beaudin-Herney tells me that the catalyst for demanding a mandatory course in Indigenous Studies was when her feelings were hurt at Halloween by students who donned leather fringe and feathers and sold themselves Indian princesses. There never were Indian princesses, she points out. It was insensitive stereotyping.

But if that happens, some Asian Canadians—who are probably the most commonly stereotyped group on campus, as the recent memes phenomenon illustrated—will feel justified demanding a mandatory courses too. It would seem fair. The Chinese Head Tax was hurtful to their people.

This would cause Women’s Studies departments to bleed enrollment (even more than they already do) and so they’d hoist placards and demand that Women’s Studies be made mandatory too.

Meanwhile, engineering students would have to add an extra semester, at great financial cost, just to cover all the newly required courses, while still finding time for, you know, math and stuff.

Arts, business and science students could fit these courses in more easily, but they’d have to sacrifice most other electives. There’d be even less time to learn tangible skills for the workforce.

Consider these words that Alan Paton, the writer and politician who tried to bring together the oppressors and the oppressed of South Africa, penned in Cry, the Beloved Country in 1947:

Most Canadians I know are currently turned to loving. But if they’re coerced into giving up freedom of choice at university, many, I fear, would be turned back to hating–and we’d be no further ahead.

Agree? Disagree? Tell us what you think in the comments section below.