Socially conscious artists, Obama have helped the cause 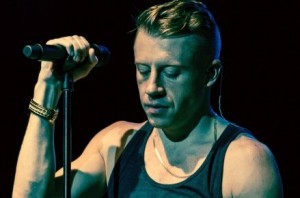 Music preference on Canadian university campuses is traditionally as diverse as students themselves, but in the past year we all seemed to agree on one thing: Macklemore. The 29-year-old rapper, whose real name is Ben Haggerty, found international fame in late 2012 with his catchy-with-a-conscience song Thrift Shop, which asks why we don’t take the more environmentally friendly route to clothing. The song sparked theme parties at campus bars all across Canada and likely some thrift shopping.

Since then listeners have discovered Macklemore’s entire album of socially conscious songs. One that has particularly resonated with our generation is Same Love, a catchy and eloquent song about same-sex marriage equality.

Macklemore is based in Seattle, Washington, a state that legalized same-sex marriage in December 2012. Although this seems redundant to Canadians whose ‘gay marriage rights’ have simply been ‘marriage rights’ for nearly ten years now, the issue is ongoing for our southern neighbours. For those fighting for their rights in the U.S., Macklemore is a welcome voice, especially from the hip-hop industry which has been notoriously homophobic.

Same Love is about discrimination. The song condemns inappropriate use of the word gay and the perpetuation of stereotypes by “right-wing conservatives” who think a “predisposition is a choice.” Above all, it questions why people don’t stand up to fight for “humans that have had their rights stolen.”

The message, clear enough to send a shiver down your spine, is that everyone should be given equal rights because love is love. The song could not be more relevant this week. The Supreme Court of the United States is hearing arguments in challenges to Defense of Marriage Act (DOMA) and Proposition 8. If both are struck down, it will mean that the federal government is required to provide same-sex spouses with equal benefits and that same-sex marriage bans will be lifted.

The issue represents a pivotal moment in American history. What is clear is that our generation, including many fellow students born after 1981, is demanding change. According to Pew, 51 per cent of millennials supported same-sex marriage in 2009. That number jumped to 70 per cent in 2013. This is astonishing, especially in contrast to the 49 per cent of supporters in the generation before us, Generation X.

As students, we are the most forward-thinking generation, but those we look up to have weight too. Macklemore’s growing fame allows him to stand up and announce that he’s a straight male who hopes for a time when his gay uncles can be legally united. For those looking up to him as someone to emulate, any previously held view on same-sex marriage would inevitably be swayed.

And Macklemore isn’t the only one. At the beginning of 2012, Grammy winning R&B artist Frank Ocean published a letter to his fans on his blog about his first love and first heartbreak and revealed that both were with a man. Since then, he has been asked several times to categorize his sexuality but refused to put a label on love. What came after was an overwhelming surge of support from fans, and perhaps more importantly, from fellow hip-hop and R&B artists. Jay-Z published a letter of support written by Dream Hampton on his website thanking Frank Ocean for being brave enough to tell the truth. Beyoncé published encouraging words on her blog as well. Hip-hop mogul Russell Simmons commended Ocean’s “courage and honesty.” Then, in 2012, President Barack Obama announced his support for same-sex marriage in the United States.

The fact that these musicians and politicians advocate for human equality tells us this is the future.

Students and young professionals are Obama’s strongest advocates, most certainly Macklemore and Frank Ocean’s biggest fans, and the most in favour of marriage equality for all. After all, as Macklemore says in Same Love, “a certificate on paper isn’t going to solve it all, but it’s a damn good place to start.”

Jenny Lugar is a fourth-year History and English major at Acadia University.