Will I get into university?

Waiting for acceptance is excruciating 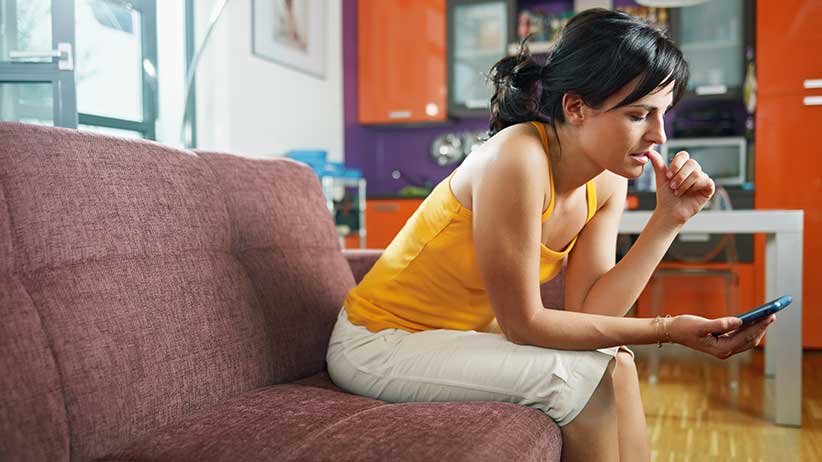 High school seniors across Canada are on tenterhooks these days as they await news of their acceptance from the country’s universities or colleges.

Their parents are likely just as anxious, having heard the oft-repeated lament: “Will I get in?” Vida Korhani, 17, of Toronto, says waiting to hear from the three Ontario institutions she applied to–the University of Toronto, Ryerson and York University–has been absolutely excruciating. “It was horrible. Many of my friends had heard back from U of T and I just felt like my average maybe wasn’t good enough.”

Her average is 92 per cent.

While the student at the Hawthorn School for Girls found out she was in fact accepted at both Toronto and York, she’s still waiting to hear if she’ll make it into her first choice, Ryerson’s well-regarded journalism program.

“Mind-boggling” is how her Grade 12 classmate Abiola Abraham describes the wait to hear from her first choice, the University of Waterloo, for computer science and business administration. “So anxious, every day I was just checking my email all the time,” the 16-year-old says. Being accepted at University of Toronto and McMaster University in Hamilton, Ont., has relieved some of the pressure, she says.

Laura Schoof, 17, of Vincent Massey Secondary School in Windsor, Ont., says it was stressful waiting to be accepted. “I pretty much went home and checked the Internet every day just to see and we woke up and checked the mailbox as soon as I got up,” she says. She was accepted at three colleges but chose the pre-health program at Fanshawe College in London, Ont., because it is close to home and will help her get into medical radiation technology later.

As if the students aren’t nervous enough, the “cut-off marks” referring to the lowest mark a university will accept from an incoming student can be a moving target. Montreal’s McGill University, for example, has been gradually lowering its cut-off marks every two weeks this spring. No one knows where it will end.

Seneca College, like many other institutions, monitors its “application targets” daily, says Cindy Hazell, vice-president at the Toronto college.

Offers are sent out over several months, although the two major waves are in February and April.

The cut-off marks are not necessarily determined by ability to pass the program but are set according to the number of physical spaces, specialized equipment such as labs and number of faculty available, says Hazell. Much of that is determined by the amount of government funding supplied to each post-secondary institution, she adds.

But even when students are accepted, the nerve-racking part is not always over. More than one offer means they’ll have to choose.

That’s where guidance counsellors come in. Fern Schessel of the Toronto French School has been a guidance counsellor for 41 years and works with students applying all across Canada and abroad. Schessel says students fortunate enough to have more than one choice should ask themselves several questions. Which school has the program they want? Where can they flourish? Where would they feel most at home? What resources are available to them at various institutions?

Finally, she tells them to listen to their gut. It’s important that they do their research, she says. Her advice: visit the schools, look at their programs, check out the city they would live in. “A lot of our kids will go based on ‘my friends are going to McGill’ or  . . .  ‘it’s perceived as prestigious for me to go from here to McGill’ and so McGill is automatically a university of choice.”

Mohamud Bulle, 17, another Vincent Massey student from Windsor, has been accepted at two universities but hasn’t heard back from his first choice, the University of Western Ontario in London. He favours Western because it would allow him to study law in his second year, if he has the marks.

But that’s not the only reason. “Western’s a lot of fun, I’m not going to lie,” he laughs. “Some of my older friends have gone there and they say it’s a lot of fun.” He hesitates, then adds “as long as you balance.”