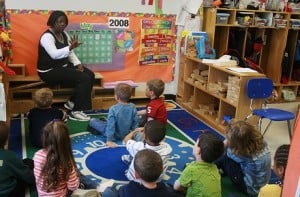 “We’ve kind of been watching a train wreck,” University of Winnipeg math Prof. Anna Stokke told the Winnipeg Free Press last week. She’s talking about the fact that many education students aren’t getting the math they need in university and are therefore less likely to be able to teach elementary school students the subject, perpetuating bad math skills at a time when more jobs require them.

Most people aren’t aware that a student can get into a faculty of education with only Grade 12 consumer math, Stokke said. “I wouldn’t even call it a math course — it’s a life-skills course.”

That’s why she is circulating a petition demanding higher standards for education students. So far, 224 people, including professors, parents, students and teachers have signed the petition.

“Currently, many students enter education faculties in the universities in Manitoba with the least demanding of the Grade 12 mathematics courses,” reads the petition. “University math professors have found that students with this minimum requirement often have alarmingly weak mathematics skills and high levels of math anxiety…. It has also been documented that math anxiety in a classroom teacher may transfer to his or her students.”