What students are talking about today (January 10th) 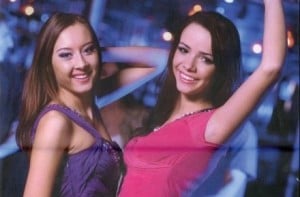 "Who's Watching Your Drink?" poster (Alcohol Awareness Committee via TheMeliorist.ca)

1. The University of Lethbridge’s Alcohol Awareness Committee has put up posters showing two girls enjoying a night out on the town beneath the headline “Who’s watching your drink?” and, in smaller print, the words “Keep it together. It can happen anywhere.” The Meliorist’s Leyland Bradley isn’t pleased, saying the poster implies woman can avoid sexual assault “if they know better.” Bradley says this is an example of “blaming the victim” and that it “perpetuate shame and self-loathing rather than working to prevent assault.” I don’t see harm in asking women to keep themselves and each other safe, but I do see how that “keep it together” line might offend.

2. The University of Alberta?s Institute for Sexual Minority Studies and Services, creators of NoHomophobes.com, have released a forceful new video showing how odd it is that we still use words like faggot and dyke. “We no longer tolerate racist language… but sadly we still see and hear homophobic and transphobic language in our society,” Kristopher Wells, the Institute?s Associate Director, told The Huffington Post, adding “While this language might not always be meant to be hurtful, we must not forget that words like “faggot” contribute greatly to continued alienation and isolation.” The video has nearly 5,000 views.

3. Up against a prime minister’s son and astronaut, Martha Hall Findlay can use all the attention she can get during the Liberal leadership race. Some attention has come from the Canadian student press. Next up, she’ll host an “Ask Me Anything” on Reddit. For those who don’t know, Reddit is a slightly geeky social news site where users can vote to filter stories up or down. In the AMA, questions are voted up or down and the interviewee chooses what to answer. Barack Obama thought it was worthy of his time. So did Andrew Coyne. Hall Findlay’s social media strategist told Chris Hannay of The Globe and Mail that her participation is an attempt to reach out to the hyper-engaged users who frequent social media. As the Globe points out, she’s got some catching up in the online world with fewer than 6,500 Twitter followers to Trudeau’s 179,000.

4. Chief Theresa Spence announced she would snub Prime Minister Harper on Friday after her month-long hunger strike because the General Governor won’t attend. Despite the setback, the Idle No More protests she helped make famous continue, particularly on university campuses. At the University of Ottawa, the Indigenous and Canadian Studies Students’ Association has issued a list of demands, which, according to The Ottawa Citizen, includes having Algonquin and Mohawk languages taught each semester, an increase in scholarships available to indigenous students, a web portal that states the U of O was built on ‘non-ceded Algonquin nation territory,’ and a commitment to recognize the Algonquin nation on campus through such things a building names.

5. By now you’ve heard that Brian Burke has been fired as GM of the Toronto Maple Leafs. Maclean’s Charlie Gillis offers six reasons Burke had to go, including Kessel and Luongo.