Oil contamination losses could range from $90- to $300 million, study says 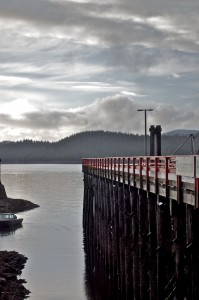 PRINCE RUPERT, B.C. – The financial costs of a worst-case scenario tanker spill off the north coast of British Columbia could outweigh the economic rewards of the proposed Northern Gateway pipeline for the region, says a study by the UBC Fisheries Centre.

The study funded by World Wildlife Fund Canada looked at the potential losses to commercial fisheries, tourism, aquaculture and port activities in the area in the event of a tanker accident.

Using the 1989 Exxon Valdez spill as an example, researchers calculated various scenarios, from a spill with no impact to a high-impact spill of 257,000 barrels of crude, in winter, over 52 kilometres of coastline that includes Haida Gwaii and Porcher Island, near Prince Rupert.

“The study highlights that if a tanker spill occurs, the economic gains from the Enbridge Northern Gateway project to the North Coast region would be wiped out by the costs of the spill,” said Rashid Sumaila, director of the fisheries centre.

Ocean-based industries directly employ about 10 per cent of the population of the North Coast. When indirect benefits are included, they account for approximately 30 per cent of regional employment.

Total losses due to oil contamination could range from $90- to $300 million in lost output in other ocean industries, thousands of jobs and up to $200 million of lost gross domestic product, said the report released Wednesday by Sumaila and Ngaio Hotte.

That compares to total economic benefits from the project for the region of $628 million in direct output, up to 8,000 jobs and $293 million in GDP.

No one from Enbridge could immediately comment on the report.

But Darcy Dobell, of WWF Canada, said the entire B.C. coast needs a sustainable, long-term plan to get more value with less impact.

“If you have a major spill like that, things are changed forever.”

The loss estimates don’t include the cost of spill response, clean-up and litigation, which could run as high as $9.6 billion, the researchers said.

In an area with a relatively high regional unemployment rate of 9.3 per cent, compared to 6.6 per cent provincially, ocean-based industries on the North Coast generate about $1.2 billion in output value and thousands of jobs, the report said.

The researchers looked at potential costs over a 50-year period, but did not weigh in on the potential for the spills they examined.

“If no spill occurs and all of the project benefits are reaped in addition to the value generated by commercial fishing, the Port of Prince Rupert, BC Ferries and marine tourism, the project would generate more than $600 million and up to 8,500 full-time jobs. But if a high impact spill occurs, the picture will be very different. The reality will probably be somewhere in between these two extreme scenarios,” Sumaila said.

Art Sterritt, executive director of the Coastal First Nations, said there are budding shellfish aquaculture businesses along the North Coast that would not survive a spill.

Aboriginal groups are trying to build a sustainable fishing industry that risks being overrun by oil, liquified natural gas and coal in the North Coast region.

“Most of those jobs they talk about are for experts who have trained for decades. We don’t see them as opportunities for our people,” Sterritt said.

The spill scenarios all assumed no spill response — a scenario researchers acknowledged is unlikely. The report also notes that if the Exxon had been a double-hulled tanker like the ones that would be docking in Kitimat, the amount of oil spilled in that incident would have been cut in half.

Sumaila said calculating spill response in the equation wasn’t necessary for this analysis, and requires a complex analysis all its own.

The report notes that the Deepwater Horizon oil rig blowout in the Gulf of Mexico in 2010 heightened concerns around the Enbridge proposal, which has emerged as a “contentious issue of national importance.”

Whatever the review panel ultimately decides, Sumaila wrote in the report, “the outcome will have far-reaching consequences for Canada’s environmental and socio-economic future.”