Would you attend Whistler U? 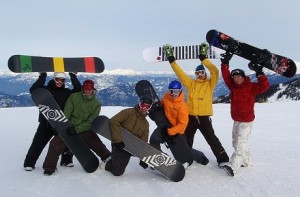 A developer who owns land in the world-famous ski town of Whistler, British Columbia wants to build a new university just kilometres from the slopes. Whistler University would house 1,200 to 1,500 students studying tourism, environmental sustainability, leadership and business. Doug Player, the developer, has support for the plan from the University of Victoria’s former president, David Strong.

But he doesn’t have support from the current mayor — a problem because the 31-hectare property would need to be rezoned, reports The Pique. A municipal election in November could improve the odds. If the next mayor and council support the university concept, Player would present a formal application to them as early as the end of this year.