Student was last seen May 16, police ask for community's help

Toronto police are asking for the public’s help 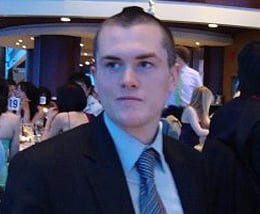 Shane Fair, who is also a reserve soldier with the Canadian Armed Forces, was last seen May 16 at 12:30 a.m. after a dinner and dance at Ontario Place’s Atlantis Pavilion. He later missed a bus back to the university.

“York University staff and students will continue to assist police in any way possible in the search for Shane,” said York president Mamdouh Shoukri in a press release yesterday. “Our thoughts are with Shane’s family, friends and fellow classmates and we are all hopeful that Shane will be found safe and sound.”

Fair is described by police as white, 5’11”, 170 lbs., with brown hair and a short mohawk haircut. He was last seen wearing a blue suit with a blue shirt and blue tie.

Since his disappearance, friends and family have been putting up posters around the school and community. His parents are offering a $5,000 reward for any information that helps to find him.

According to a friend of Fair’s, writing on a Facebook message board dedicated to finding the student, the marine unit of the Toronto police have already performed a water search in nearby Lake Ontario, finding nothing. “This is a good thing,” she writes, adding that his family and police are monitoring his credit card and bank transactions, and that there has not been any activity thus far.