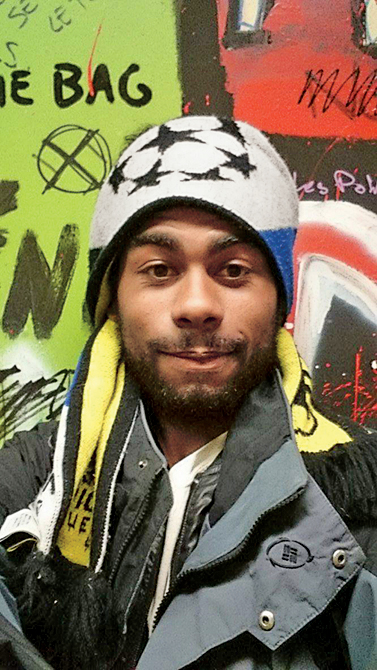 Best place for a nap:
On a bench in LaFontaine Park

Perks of living in this town:
In winter, you can skate and play ice hockey for free at every park. In summer, you can go to many events for free in the Quartier des Spectacles.

Where to live:
In residence—it’s the best way to make friends and get a feel for the campus

Best place to study:
La Grande Bibliothèque, if you like to be in a peaceful environment

Worst place to study:
Bistro Sanguinet, as students like to talk loudly there

Most notorious bus route:
361 Saint-Denis, when you come back late after the subway is closed 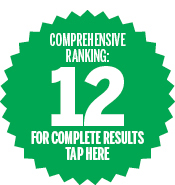 UQAM is nestled in the heart of Montreal’s historic Latin Quarter. This remarkable neighbourhood includes landmarks such as the Bibliothèque et Archives nationales du Québec—a public library, along with the provincial library and archives—as well as a dizzying array of bars, cafés, and restaurants. Don’t be surprised when you hear people switching effortlessly back and forth between French and English; UQAM students like to joke that they are our two official languages.

There’s a never-ending parade of festivals and events in downtown Montreal. One that I particularly look forward to is the OUMF festival, which takes place right in front of UQAM, and features a wonderful combination of street art, street food, music and film.

UQAM is home to a remarkably diverse student body. Students from countries around the world (particularly francophone nations) flock to our school for its well-respected programs in everything from psychology to business.

UQAM boasts a massive sports complex offering all sorts of free activities, including basketball, hockey, swimming and yoga, and is a great place to go and release stress before an exam. And UQAM offers more than sports: there are plenty of other activities going on, such as conferences and films.

Because you are right downtown, you can easily forget to study if you party too hard: Montreal’s reputation for a wild nightlife is very well-deserved. Also, if you like the serenity of nature, you can always go for a walk or jog, or even have a study session in the quiet and peaceful environment of Mount Royal Park.

School clubs range from choir to Scrabble; Citadins sports teams include badminton, basketball, cross-country, golf and soccer. The Place Dupuis mall is near by. Every Thursday at UQAM, the student-run collective Ras-le-bol offers free food to hungry students.

The Metro is the best way to get around. If the subway is not your thing, then grab a Bixi bike from a stand and head out on the many bike lanes to see the city from two wheels. You are not far from Old Montreal, with its historic buildings, excellent restaurants and chic shops.

A five-minute walk from UQAM is the Quartier des Spectacles, or entertainment district, which includes the Place des Arts (home to the Montreal Symphony Orchestra), the Montreal Opera and Les Grands Ballets Canadiens. This one square kilometre of the city encompasses 80 venues, including eight public spaces. From video projections to Nuit Blanche to the jazz festival, this is where people flock to be entertained.

nightlife.ca will be your bible if you like to party.