University of Alberta: what life is like for students on campus

Where to live, the best place to study, weirdest tradition and more 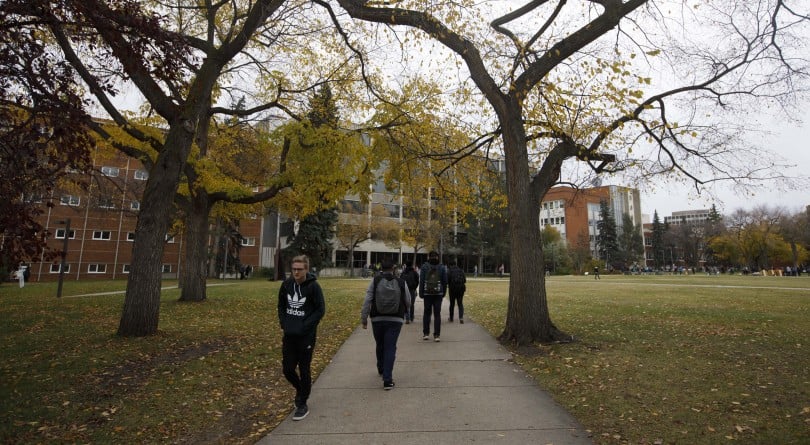 Unofficial school motto: ‘It feels like Thursday already’
Best place for a nap: The Carlson Construction Quiet Lounge in the lower level of the Students’ Union Building (SUB)
Best cheap lunch: Poutine from New York Fries in HUB mall
Favourite campus food: Chicken tenders at Room at the Top
Where to live: Getting an apartment in the Oliver neighbourhood makes going from home to campus a breeze
Best place to study: Rutherford North is pretty good if you don’t want to have a Hunger Games-style competition for the nearest power outlet
Weirdest tradition: There’s one where students see if they could complete a Marco’s Famous Tombstone donair in one sitting. I suspect those who complete the challenge soon enter a caloric coma and are never heard from again.
Best campus event: The farmers’ market every Thursday in SUB
Coolest electives: Social Studies of Surveillance. You get to explore how society watches people and how that subsequently shapes their behaviour.
Most notorious bus route: Any route on the north side of Edmonton
Best cultural event: Green and Gold Day in September. Just the excuse you need to have fun in main quad and show off your U of A pride, before it gets all cold and awful.

Choosing which university to attend in Edmonton usually comes down to two options: MacEwan University with its smaller class sizes, or the University of Alberta with its superior reputation for research. But if enrolment numbers are used to determine which is more popular (19,000 students compared to 38,000), a lot of people are attracted to the latter.

The U of A is a leader in many fields, whether it be the arts or sciences. It is one of the leading research centres for artiﬁcial intelligence, and its English department is ranked quite highly as well, just to name two examples. It’s also home to many great professors who are leading researchers in their area. While financial uncertainty has caused the university to plan for a four per cent cut in its budget this year, it doesn’t appear that its reputation will be diminished anytime soon.

The campus community is pretty great, too. It really feels as if the U of A is a miniature city within Edmonton. And as you spend more time on campus, it won’t be long until you feel like you recognize everyone.
Now all that might sound overwhelming, but falling in love with the community isn’t difficult. The U of A is a big place, but that just means there’s a place for everyone.

Extras
With so many extracurricular opportunities on campus, it can feel like a majority of learning is done outside the standard lecture hall. Students interested in journalism can always turn to the Gateway, the university’s student magazine and online news site, where the doors are always open to new volunteers. Also, the U of A Debate Society is a great way to hone your critical thinking skills, even if you’re not the greatest speaker in the world. Those are just two of the many clubs that are available. It’s easy to find a student organization suited to you.

Local Vibe
The U of A is just a 10-minute bus ride away from Whyte Avenue, which is home to an abundance of bars, shops, restaurants and cafés. The Garneau neighbourhood deserves a mention, too. A five-minute walk east from north campus lies Remedy Cafe’s Garneau location, one of the best cafés in the city (it will become your main study location at some point in your degree). And right across the street from that is the Garneau Theatre, which screens a diverse range of films at a discounted price for students.

The Skinny
The unofficial uAlberta subreddit is a good place to get your U of A questions answered. Same goes for the Overheard at the U of A Facebook page.