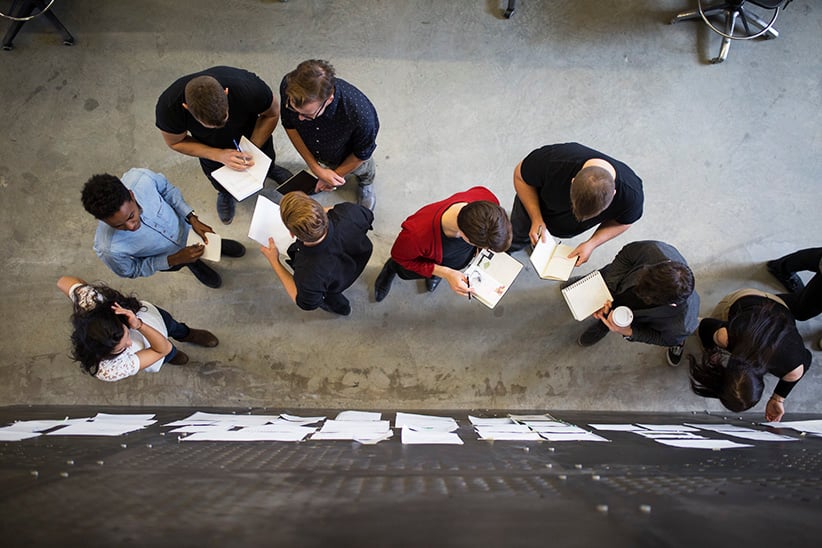 Maclean’s places universities in one of three categories, recognizing the differences in types of institutions, levels of research funding, diversity of offerings, and breadth and depth of graduate and professional programs. Primarily Undergraduate universities tend to be smaller in size and have fewer graduate programs and graduate students. Those in the Comprehensive category have a significant degree of research activity and a wide range of programs at the undergraduate and graduate levels, including professional degrees. Medical Doctoral universities offer a broad range of Ph.D. programs and research; all universities in this category have medical schools.

In each category, Maclean’s ranks the institutions in five broad areas based on 14 performance indicators, allocating a weight to each indicator. Figures include data from all federated and affiliated institutions. The magazine does not rank schools with fewer than 1,000 full-time students, those that are restrictive due to a religious or specialized mission, newly designated universities or those that are not members of the national association Universities Canada.

The rankings use the most recent and publicly available data. Statistics Canada provides student numbers, as well as data for total research income and five financial indicators: operating budget; spending on student services; scholarships and bursaries; library expenses; and acquisitions. Financial figures are for fiscal year 2014-15; student numbers are for 2013. In recent years, Statistics Canada did not collect faculty numbers, so the 2014 figures were obtained directly from the universities. Data for the social sciences and humanities research grants indicator and the medical-science research grants indicator are for fiscal year 2015-16 and were obtained directly from the three major federal granting agencies: the Social Sciences and Humanities Research Council (SSHRC), the Natural Sciences and Engineering Research Council of Canada (NSERC) and the Canadian Institutes of Health Research (CIHR). In addition, Maclean’s collects information on dozens of student and faculty awards, and conducts a reputational survey, canvassing the opinions of university faculty and senior administrators, high school guidance counsellors and a variety of business people. Two new indicators were added last year: a major survey of students asking them about their university experience; and a measure of the amount and impact of the faculty’s published research.

(28 per cent of final score) Maclean’s collects data on the success of students at winning national academic awards (weighted 10 per cent) over the previous ﬁve years. The count includes such prestigious awards as the Rhodes scholarships and the Fulbright awards, as well as scholarships from professional associations and the three federal granting agencies. Each university’s total of student awards is divided by its number of full-time students, yielding a per-student count.

To gauge students’ access to professors, Maclean’s measures the number of full-time-equivalent students per full-time faculty member (eight per cent). This student-faculty ratio includes graduate, as well as undergraduate students.

Last year, a new indicator was added to provide an important element to the overall assessment: student satisfaction (10 per cent). Maclean’s surveyed thousands of students, asking them about their experience on campus. In the end, 16,955 students responded to the 10 questions that make up the indicator. We asked students to rate their course instructors (professors and lecturers), student-life staff, administrative staff and academic advising staff, as well as how much red tape they encounter. Opportunities for extracurricular activities and residence life were evaluated, as well as three increasingly important areas: opportunities for experiential learning, mental health services and the university’s actions to prevent sexual assault on campus. The question on course instructors contributed the most weight to this indicator, at 25 per cent; extracurricular contributed 15 per cent; the other eight questions contributed 5 to 10 per cent each.

A new bibliometric indicator was added last year to assess faculty members’ scholarly output and its impact over the past five years (five per cent). Two measures contribute equally to the assessment. A field-weighted citation impact measure shows how often a work is cited, adjusted to reflect the global expectation in a given discipline.

(20 per cent) This section examines the amount of money available for current expenses per full-time-equivalent student (five per cent). Students are weighted according to their level of study—bachelor, master’s or doctorate—and their program of study.

(13 per cent) To evaluate the assistance available to students, Maclean’s examines the percentage of the budget spent on student services (6.5 per cent), as well as scholarships and bursaries (6.5 per cent). Expenditures are measured as they are reported to the Canadian Association of University Business Officers.

(15 per cent) For the reputational survey, Maclean’s solicits the views of those whose professions put them in a position to form opinions about how well universities are meeting the needs of students, and how ready their graduates are to embark on successful careers. Faculty and senior administrators at Canadian universities, as well as high school guidance counsellors and a variety of business people across the country, were asked in an online survey to rate Canada’s universities in three categories: Highest Quality, Most Innovative, and Leaders of Tomorrow. Best Overall represents the sum of the scores for all three categories. The reputational survey has a regional, as well as a national, component that divides the country into four key areas: the Western provinces, Ontario, Quebec and the Atlantic provinces. All respondents completed a national survey; university officials and guidance counsellors also completed regional ones, allowing them the opportunity to focus on the region they know best. The surveys are combined to produce the final results.

As a measure of student quality, Maclean’s presents incoming students’ average high school grades. The figures are for full-time students attending university in their home province. No conversion formula is applied to incoming grade averages to adjust for provincial differences or varying admission policies, although CEGEP grades are converted to a percentage grade. To provide a more detailed picture of grade averages, Maclean’s displays grades divided into seven grade ranges, extending from less than 70 per cent to 95 per cent and higher.

Maclean’s counts the proportion of out-of-province students and international students in the first-year undergraduate class, as well as the percentage of international graduate students for schools in the Medical Doctoral and Comprehensive categories.

In taking stock of retention rates, Maclean’s asks for the percentage of full-time, first-year students who return in second year. While many factors can affect a student’s choice not to return—personal considerations or a decision to transfer to a program unavailable at his or her home university—student retention, on the whole, reflects a university’s success in keeping its students on course. Maclean’s also measures graduation rates by tracking an incoming cohort of full-time, ﬁrst-year undergraduate students to determine if they received a degree within seven years.

In assessing faculty, Maclean’s counts the percentage of full-time instructional faculty members who have a Ph.D., a first professional degree or a terminal degree (other highest-level degree) in their ﬁeld.