Why Indigenous visibility is part of the Maclean's university rankings

This year, our annual rankings issue draws inspiration from the Truth and Reconciliation Commission's calls to action 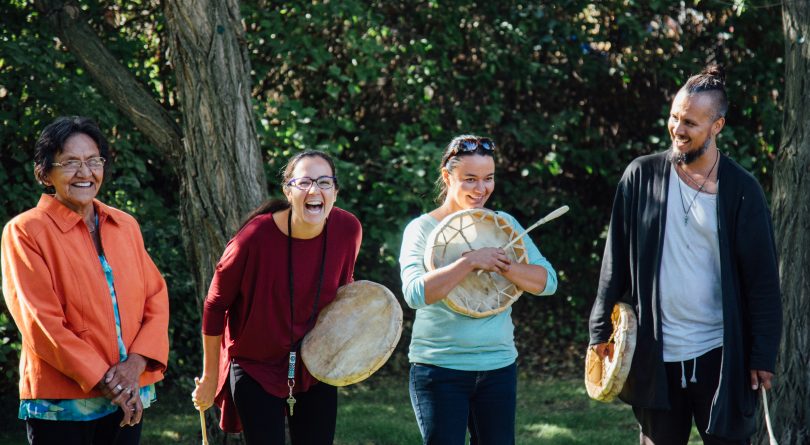 Last November, Maclean’s received a thought-provoking letter from a respected Indigenous leader, advocating a change to our annual university issue. The individual called on us to assess “the investments and commitments to Indigenous people” made by Canadian universities as one of the measures in our annual ranking.

We frequently receive proposals from student groups, activists and universities suggesting adjustments to our approach. Each suggestion gets serious consideration; our system has been through multiple tweaks, reﬁnements and overhauls over the past 27 years. We introduced a student survey three years ago, allowing us to track both general satisfaction and how schools tackle important issues, such as sexual assault prevention. Our ranking needs to evolve over time to match the ever-changing interests and needs of students.

In this instance, the letter made an irrefutable case for another change. It noted the work of the Truth and Reconciliation Commission of Canada, which heard from more than 6,500 witnesses on the horriﬁc legacy of Canada’s residential school system. Among education-related issues, the TRC’s 94 Calls to Action noted the need for Indigenous-language degree programs, as well as the closure of the education gap between Indigenous and non-Indigenous people.

With this in mind, we began weighing how to make a change. For more than a decade, our approach has relied on third-party data, drawing on sources such as Statistics Canada and the Canadian Institutes of Health Research. To ensure the rigour of the information presented, we do not use data provided by the schools themselves. After consulting with Universities Canada and individual schools across the country, we were unable to ﬁnd a consistent third-party source. We considered suspending our requirement for independent information, but soon discovered that few universities were tracking their efforts in a consistent manner—and, sometimes, not at all.

Ultimately, we opted to rely on our student survey. This year, we asked more than 23,000 respondents to rank their schools’ efforts “to make Indigenous histories, cultures and languages visible on campus.” We noted that those approaches could include programs, activities and events.

In crafting the question, we consulted Indigenous representatives at a number of schools of varying sizes and locations. In the absence of solid data, it was the students themselves who could best assess whether their institutions had made Indigenous education a pillar of their experience or downplayed it in favour of other priorities.

Responses to that question now inform how schools are ranked for student satisfaction. Feedback on our rankings is always welcome. Maclean’s thanks the Indigenous leader for the letter and for inspiring this latest change.