U of A won't want four profs sharing president job

Application highlights the type of leadership universities are really looking for 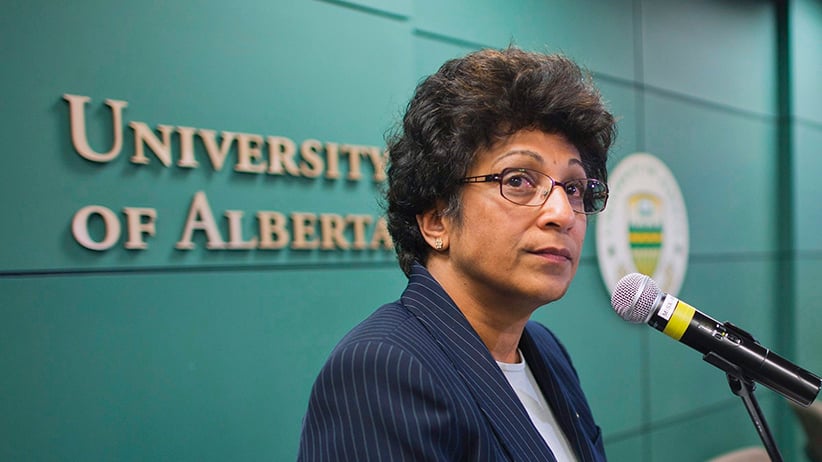 If there is one thing we can agree on, it’s that we all like a good joke. And if the joke brings perspective to an important issue, so much the better.

No wonder, then, that so much attention has come to Kathy Cawsey and company, four Canadian professors who have, tongues in cheeks, offered their services jointly to be the new president of the University of Alberta. In the letter of application, the kooky Cawsey crafts a case whereby the U of A gets a great deal: four actual academics, each earning a decent academic salary, all for the price of one overpaid president.

The joke is clever, because it’s hard to deny that, however hard-working a president may be, it’s hard to imagine that he or she is doing more than four professors could do. And yet, university presidents are now making salaries that are many times that of academics and, when all the perks and bonuses are added up, are sometimes in the range of a cool million dollars. What’s more, people in Canada and abroad are taking notice.

Universities tend to defend high pay for presidents on the grounds that such salaries are needed to get people to apply and to attract top talent. Of course, when faculty make that argument, they are slammed for their lack of “restraint” and for not understanding financial realities. And in any case, the talent argument is hogwash. There are plenty of talented and experienced professors who would be glad to take the reins of a university—myself included. And, like Cawsey and her posse, I would do it for a lot less than the U of A is willing to pay. But professors like me don’t get offered university presidencies because we think that universities should be about challenging the powerful and questioning the accepted. What the U of A is looking for is someone to “interact effectively with the highest level of business, government and public bodies.”

In short, universities are, increasingly, seeking not presidents, but CEOs. Indeed, in unguarded moments, some administrators will directly liken a president to a CEO and use that comparison to defend a high six-figure salary.

To be fair, I am happy to concede that a president should make more than a professor. Not because of some vaguely defined need to find “talent”—I have never seen a university where the greatest supply of talent was in the senior administration—but rather because the president takes on an enormous responsibility. When a controversial change is made, it is the president who takes the flack. When the university makes headlines for all the wrong reasons, it’s the president who has to answer the hard questions. When things go badly at the university, it is the president whose job is on the line. With all due respect to Cawsey, I wouldn’t hire anyone who was willing to do the job for only a hundred grand. I’d suspect he or she didn’t know what he or she was getting into.

Of course, Cawsey’s Heroes are not going to get hired at the U of A. Though, if the Albertans were smart, they would bring them all to campus for an interview. (See what a good president I would make with an eye for PR?)

Still, Cawsey doesn’t want to be the president at U of A. She wants to make a point, and I submit that she may have made an even better point than she intended, because the problem isn’t what we pay presidents; it’s how we think of the job they do. And until we get back to putting real, gutsy, iconoclastic academics at the head of our academic institutions, each of our universities will continue to decline from a unique centre of learning to just another bland commercial enterprise.

And that’s no joke.