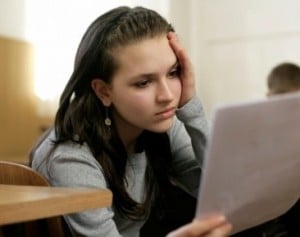 A University of Alberta math professor is threatening legal action to reinstate his students’ grades after his department lowered them without his support. When Mikhail Kovalyov informed his students what had happened, and encouraged them to appeal their grades, he was asked to resign.

Back in May, Kovalyov received an email from an associate chair in the Department of Mathematical and Statistical Sciences informing him that grades for his first year math course had been lowered, resulting in a change in class average from 2.16 to 1.79 on a 4.0 scale. Other sections of the same course had averages that ranged from 2.13 to 2.95, according to documentation obtained by Maclean’s. The math professor says that he had already failed over 20 per cent of the class before these changes were approved.

University guidelines suggest an approximate mean average of 2.62 for first-year courses, with only six per cent of the class failing.

When faculty services officer David McNeilly, who is also responsible for reviewing final grades, first proposed the changes to Kovalyov in April, he explained in an email that the department’s proposed grades for Kovalyov’s class were “more generous than the typical exam cutoffs.”  He also pointed out that in Fall 2009, the department failed 29 per cent of students in one section of the class. “In particular, we are being consistent,” McNeilly wrote.

Kovalyov responded to McNeilly that if so many extra students deserve to fail, then they should never have passed and received credit for math courses in the previous semester. “If we were consistent, all these students would have never made [it] through” the prerequisites, he wrote.

A 65 page document prepared by Kovalyov for the board of governors in August, outlining the events of the dispute, includes an expanded explanation from McNeilly why the grades were lowered. In particular, Kovalyov supposedly awarded too many B grades compared to C and D grades, even if the overall class average was not excessively high.

Kovalyov says he always outlines his marking policy to students at the beginning of the term. “By doing this, they made my words to students worthy of nothing,” he wrote in an email to Maclean’s.  “I am certainly one of those less respectable professors who can be told to lower their grades.”

Shortly after learning of the changes to his grades, Kovalyov emailed his students and encouraged them to appeal. “Should any one of you [choose] to complain, I will try to assist as much as I can within the law and regulations” he wrote. He also called the department’s actions “disgusting.”

Despite warnings from administrators that taking his case directly to students is “inappropriate,” Kovalyov sent two additional emails to students, in which he called the actions of the departmental administration “a crime of forgery.”

Those messages to students did not sit well with university brass and in July Kovalyov was informed by department chair Arturo Pianzola that he was being relieved of his teaching duties.

In a letter explaining the decision, Pianzola says that the “contents” of the emails Kovalyov sent to students “disparage administration” and contain “unfounded and inappropriate,” allegations.

A formal complaint was also filed against Kovalyov by the dean of science, Gregory Taylor, as well as  Pianzola, stating that Kovalyov’s actions were “unbecoming” of a senior professor. The letter accuses Kovalyov of “Undermining student confidence” in the grade appeal process and “Engaging in insubordination.” An email Kovalyov sent to an administrator where he referenced Joseph Stalin’s purges from the 1920s and 1930s was also cited in the complaint against him.

In late November, Kovalyov, who has taught at the university for more than 20 years, was offered a deal in exchange for his resignation. Under the proposed arrangement the university would continue to pay his full salary until March 2011, followed by a lump sum payout in April equivalent to 15 months pay. He turned down the offer.

Instead, Kovalyov wants phased pre-retirement where he would continue to provide partial duties until 2013 when he was originally suppose to retire. He has been consulting with the faculty association on how best to proceed.

Kovalyov said that while he finds the disciplinary actions of the university unfair, he no longer sees much of a future for himself at the U of A. “Even if this matter is settled, something else will come up,” he said.

Kovalyov’s battle with administrators over grades go back to at least 2009, when he says grade averages were lowered for two sections he taught of a first-year math course. He  has also been embroiled in a similar dispute regarding a third-year course.

The university has declined comment on the case, and attempts to contact other professors in the department, as well as several of Kovalyov’s students, were not responded to.

Vice-president provost (apologies, the editors) academic Colleen Skidmore did agree to address grading policy in general terms. She explained that the grades set by instructors are unofficial until approved by the chair of the professor’s respective department. “It is the chair, or the dean, that has the responsibility for ultimately deciding what the final grade is,” she said.