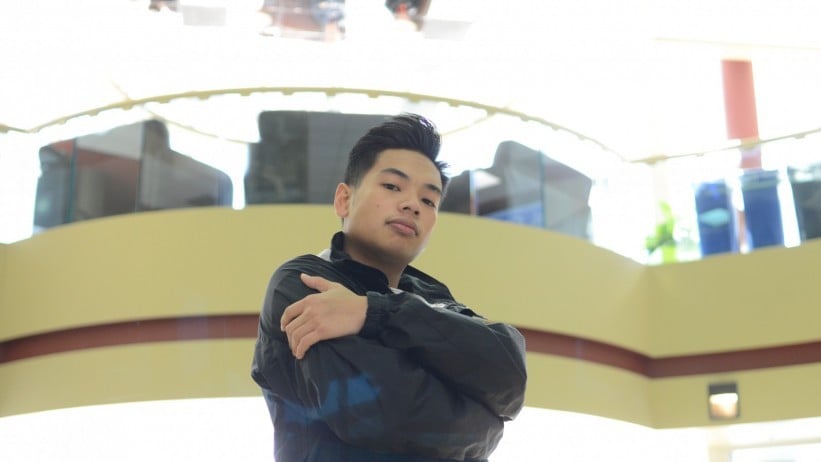 Three University of Calgary students went about their usual routine on March 4. They swept off the stage in the Macewan Student Centre, chose their music and got down on the floor. Soon after, a manager from Campus Security approached the group and told them they had to leave.

“The guy came up and claimed that he had just spoken with someone higher up,” says Elijah Ng, a biology student who says he breakdanced there for three years without any major incidents. It was only then that he learned breakdancing had been banned in the Students’ Union operated building the previous month—without any consultation with his crew.

While executives from the SU say they don’t like the ban, they also say they felt they had no choice but to tell students to comply with Campus Security’s request. The dancers, meanwhile, think the security guards are either overreacting or maybe just trying to move their noisy routine away from the stage because of its proximity to the security office.

According to Ben Cannon, the SU vice-president of campus life, security said the SU could be sued if one of the dancers was injured and that insurance wouldn’t cover any damage they did to the building.

Ng admits that the dancers have sometimes sustained small injuries on campus but bumps and bruises are standard in the sport and the idea that someone would sue is ridiculous. He says they took precautions to make sure the stage was never damaged.

At a meeting on March 6, which Ng did not attend, executives from the Hip Hop and Funk Styles Club (which didn’t formally organize the dancing) asked executives from the SU to overturn the ban. Cannon says he did not have enough support from full-time SU staff, who had sided with security, to overturn the policy. “I think it would be irresponsible of me to put so much pressure on the people who will be here long after I have served out my last month and a bit,” he says of the staff.

Jared Herring, president of the Hip Hop and Funk Styles Club, thinks security was just looking for an excuse to move the dancers away from their office. “They don’t want the dancers there anymore,” he says, “and they’re just throwing out random reasons.”

Campus Security would not comment on the ban. They directed questions to Strategic Communications, which provided this statement from Susan Barker, Vice-Provost of student experience: “The University of Calgary will continue to work with the Students’ Union to help find a solution to meet everyone’s needs.”

Ng says the most frustrating part is that the dancers could not sit down and discuss the matter with security. “They refuse to give us legitimate grounds for the ban.”

Riley Hill is a political science student and news editor of The Gauntlet.