The battle over Christian universities wages on 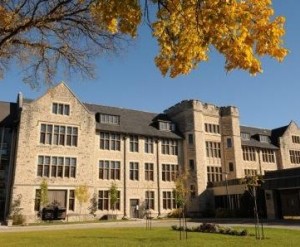 The Canadian Association of University Teachers has officially placed Canadian Mennonite University on a list of institutions that use faith based testing as a condition of employment. The university is the third to be placed on the CAUT’s faith test list, after Trinity Western University and Crandall University.

The CAUT report explains that in 2004 several faculty members from Menno Simmons College (MSC) filed complaints regarding CMU’s employment conditions. The college is part of CMU but is located at the University of Winnipeg, and professors often view themselves as part of the faculty of both the U of W and CMU.

“Correspondingly, they thought of themselves as having the same academic rights and responsibilities as faculty at the University of Winnipeg and as having academic freedom in the same sense and to the same degree as University of Winnipeg faculty members,” the report stated. The report also noted that while CMU was founded primarily to provide religious education in the Anabaptist tradition, MSC was founded not as a theological institution but to teach programs in “peace and conflict resolution” and “development” studies to students who, for the most part, are registered at the U of W.

(Editor’s note, this paragraph has been updated. An earlier version had mistakenly reported that CMU had already implemented a universal hiring policy that would include MSC. Our apologies for the error.) The professors’ concerns stemmed from the adoption of a universal hiring policy on academic freedom by the CMU Board of Governors in 2003 that would apply to all of CMU, despite MSC already having its own hiring policy. The faculty members were concerned that the adoption of this policy may also lead to a common policy on hiring and employment conditions that “might be based on the Christian mission of CMU which, it was felt by some faculty at Menno Simons College, would constitute an infringement of their academic freedom,” the report explained.

Faculty members were also concerned that the Christian objective of CMU was being imposed unwillingly on MSC and its staff.

In a letter to U of W president Lloyd Axworthy, MSC professors Wilder Robles, Judith Harris, and Mark Burch expressed their concerns over efforts at CMU to move towards a more Christian orientation at MSC: “If these efforts are successful, and there are indications that this is already the case, the implications for curriculum changes at Menno Simons College are enormous.We ourselves are deeply disturbed by this trend,” the professors wrote. “We are feeling ourselves increasingly marginalized from the decision-making process and valued merely as cheap intellectual labor.”

CAUT outlines several faith-based requirements in the employment conditions at CMU, which are understood as not only hiring conditions but also conditions of continued employment, which were found in CMU’s Personal Policy Handbook. These requirements include self-identification as a Christian, active participation in the life of a Christian congregation, and understanding of the Anabaptist faith tradition, or a commitment to developing an understanding of the Anabaptist faith tradition.

The report concluded that, based on the presence of these requirements, a faith test does exist as a condition of employment at CMU. CAUT executive director Jim Turk argued that by imposing such requirements, the university was infringing on the academic freedom of its faculty. “If you say you can’t teach here unless you have certain beliefs,” then academic freedom is lacking, he told the Winnipeg Free Press.

He pointed out that most religious universities do not impose a faith test as part of their employment conditions, citing St. Francis Xavier University, St. Thomas University, and St. John’s and St. Paul’s colleges at the University of Manitoba, as examples.

However, CMU vice-president Earl Davey fired back against accusations his institution has violated academic freedom, stating that CMU “is deeply committed to academic freedom — this is foundational to our understanding of the nature of universities.” Davey further told the Free Press that CMU faculty earned PhDs from established institutions in Canada, the U.S. and Europe, who conduct and publish research of the same quality as faculty elsewhere. “These aren’t people that somehow come from a different academic tradition,” he said.