When one student sought a better solution to her anxiety attacks, she ended up with a whole new business 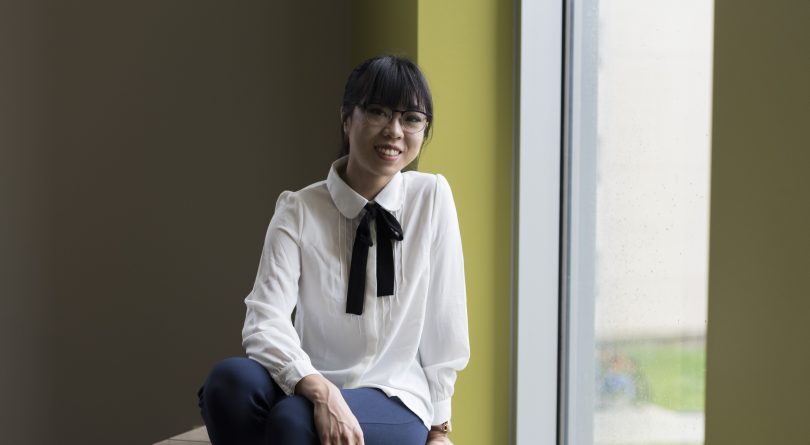 Tina Chan, a masters student at the University of Waterloo in Public Health and Health Systems (Hannah Yoon)

In the midst of yet another panic attack, Tina Chan realized she needed better help. Chan was a first-year student at the University of Waterloo, and the transition from high school wasn’t going smoothly.

Chan had always excelled in school, but she pushed herself harder in new classes while living alone for the first time. When she started to struggle, she reached out to resources on and off campus. She received the phone numbers for intimidating crisis hotline numbers or pamphlets full of text. Neither was useful to her.

Chan needed something to quickly overcome the immediate symptoms of her panic attacks, and some coping mechanisms. So she made her own solution. “I thought if there’s a first-aid kit for physical trauma, there should also be one for mental health symptoms,” Chan recalls.

Chan took her idea to GreenHouse, an incubator for student-run start-ups on the Waterloo campus. Each year, students pitch “big ideas” for social innovation or entrepreneurship, with successful applicants earning residence at St. Paul’s University College, in the middle of the Waterloo campus, and a semester of mentorship and coaching from GreenHouse staff.

She was accepted, and spent several months honing her idea into the Panic, Anxiety and Stress Support Kit, or PASS Kit. She asked peers what they thought should be in it. Some answers were impractical, like “gin and Xanax,” while others were useful but bulky, like a “stuffed animal or a blanket.”

Eventually, Chan settled on items based on scientific theory and evidence of usefulness. “Earplugs and sleeping masks to block distracting noise and light that are environmental,” she says. “As well as the chewing gum and the stress ball, which exercise hand and jaw muscles to release tension for better blood flow and less anxiety.” 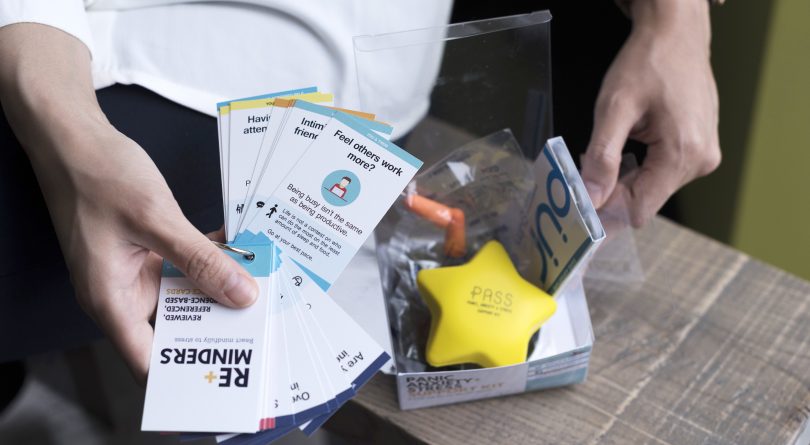 Instead of bulky pamphlets, Chan created a series of flash cards based on cognitive behavioural therapy, which takes a practical approach to addressing issues. The cards point out symptoms of stress and suggest behaviours or habits to adopt, like getting more sleep. “A lot of students like to cram all-nighters before an exam, and sleep deprivation is really bad for mental health, and [getting sleep] is good for memory formation,” says Chan. “We remind them that maybe sleep is productive toward studying, not counterproductive.”

Chan worked with staff at GreenHouse for about a year, finessing the PASS Kits and figuring out how to market them. Brendan Wylie-Toal, GreenHouse’s manager, helped create more than 1,000 kits as a test run, and distributed them to first-year students in Chan’s residence. The feedback was impressive. “For some students, the kit is just an awareness-raising tool, and a cue to say, ‘Yeah, think of mental health,’ ” Wylie-Toal says. “For others, it was something they used weekly. We had a student in our program who received a kit when she was in first year, and she said she wore the flash cards out; there were some she referenced so often they were pulling at the corners.”

Chan still solicits feedback from the kit’s users, which she says is generally positive. “One particular student suffered bulimia cycles as well as self-harm. So using the kit and reading through the cards gave her a moment of thought to reflect on what she wanted to do, instead of going into that cycle of negative behaviour.”

RELATED: A letter to friends with mental illnesses: ‘Your lives make my life worth living’

The PASS Kits proved so helpful that faculties across the University of Waterloo began ordering them to hand out to first-year students. Leanne Wright, the recruitment coordinator with the faculty of applied health sciences, was the first to place an order. “We decided on the PASS Kit with a customized note, as we felt it was a good way to communicate to our students that we value them and care about their health and wellbeing,” she says. “It was also an opportunity to inform them about the resources on campus and in our faculty to support them along the way.”

For Wright, purchasing the kits was also a chance to support a student-led product. Orders like this helped Chan grow her business, though she didn’t imagine it would reach this scale.

Chan is still figuring out her next steps, but she has a few ideas. She’s looking at the possibility of PASS Kits more specifically tailored to populations, like veterans or French Canadians, or kits that deal more directly with a specific mental health issue, like loneliness, depression or PTSD.

For now, the $15 kits are only available online, and Chan balances managing the company with working toward her master’s degree at Waterloo. But now, if she feels a panic attack coming on, she knows where to turn.