Five myths about your first job after university

Here's what recent graduates really want in a first job 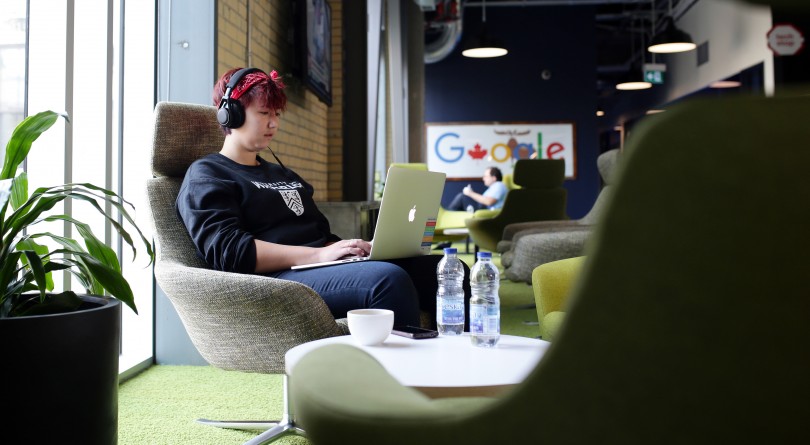 There are many myths surrounding the prospects of new graduates entering the workforce. Perhaps the most pervasive is they face an inhospitable job market and rampant unemployment. But Canada actually hit a record low for youth unemployment last year, driven in part by more people finding their way into higher education.

“Colleges and universities are very available and accessible now—and that’s a very good thing,” explains Graham Donald, president of Brainstorm Strategy Group in Toronto, “but it means we have a lot of graduates who are qualified for a lot of different things.”

So what’s the best way for companies to attract these eager graduates? For two decades, Brainstorm has been asking students exactly what they want in a successful and fulfilling first gig, and sharing the results in their annual “Student Career Interests Benchmark Report.”

Here’s how it works: Brainstorm first partners with more than 150 post-secondary institutions across the country, which then mass-email a thorough survey to students. This year, more than 19,000 respondents spent 20 minutes answering questions about their ideal job: What annual base salary do you expect? How soon do you expect to be promoted? Do you already know which organization you want to work for on graduation? Which of these employers would you consider working for?

The survey reveals which companies the students would most prefer to hire them. (See the results here) But the survey also exposes some discrepancies between what graduates want and what employers think they want. “Many changes in the workplace that are made to accommodate millennials aren’t what they even want,” says Donald. The supposed lack of jobs is one myth busted by Brainstorm—here are five more.

“People say millennials change jobs every two years, but the truth is they’re looking for stable employment,” says Donald. If and when they jump ship, he adds, it’s usually in hopes they’ll soon land somewhere to stay.

Cachet trumps all else

“Even though Google is very highly regarded, not everyone wants to work at Google, and not everyone is a fit for Google,” says Donald. That said, Google slid to the No.3 most sought-after job for undergraduates—after the slightly-less-sexy Government of Canada and Health Canada.

Young people are all social media, all the time

For a younger generation of Twitter-happy Insta-addicts, new job seekers are decidedly old-fashioned when it comes to their preferred interviewing style. “In a time when organizations are working as hard as they can on new technology to streamline the hiring process, what young people actually want is to meet face to face,” says Donald.

They resent internships and co-ops

Not true at all, says Donald. Those coveted opportunities are often far more important to them than earning a degree from a swankier institution. “In fact, lots of students are now picking their school specifically because of their co-ops, internships and other work programs,” he says. Top internship picks include Doctors Without Borders (No. 12), the Walt Disney Company (No. 15) and the Canada Space Agency (No. 20).

While companies known for nap rooms made the list—like Apple (No. 4), Amazon (No. 5) and Tesla (No. 9)—not every job searcher wants that. “There are so many organizations moving toward working from home, office hotelling and flexible locations,” says Donald. But there’s something new grads want more than a sleek space. “People want to meet their colleagues, have face time and find a mentor.”