I owe how much on my student loan? 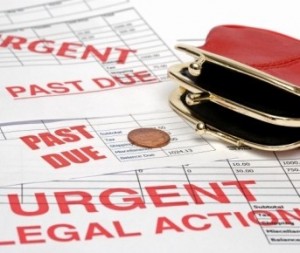 (Editor’s note: In the opening paragraph of this post, it is claimed that Canada Student Loans requires $149.5 million to cover “60,000 additional defaults.” In fact the $149.5 million is needed to cover loans deemed unrecoverable, as per the Financial Administration act, see 2010-11 budget estimates, page seven. The money would have been originally budgeted last spring. It is the delinquency rate, the percentage of loans in arrears, that has been growing, rising to 13 per cent in 2010-11 from 10 per cent the year before.)

While generations of students have relied on student loans to fund their education, the recent revelation that the Canada Student Loans Program is facing a $149.5 million shortfall because of 60, 000 additional defaults in 2010 may suggest that students don’t always know what they’re getting into when they decide to take on a loan.

“A lot of times student’s don’t necessarily look past the four years of their degree, they are just kind of worried about getting through their degree program,” says Rory Tighe, vice-president student life of the University of Alberta Students’ Union, who helps manage the Student Financial Aid Information Centre at the U of A. “Thinking about the long term effects of the debt that they’re accumulating is sometimes a bit of an issue.”

A study published by the Canadian Alliance of Students Association in 2010 found that many students were “very poorly informed about the details of the government financial aid system.” The study challenged over 20, 000 students across the country to a financial aid literacy test, which almost three quarters of the participants failed.  Many of the students surveyed didn’t understand the details surrounding repayment of their student loans, with almost half not realizing that individuals are required to begin repaying their loans six months after graduation, and only 23 per cent understanding that their loans begin accumulating interest immediately after graduation.

In an email, Amélie Maisonneuve, a spokesperson for Human Resources and Skills Development Canada, stated that the $149.5 million needed to write off the unrecoverable student loans “is consistent with past trends and had been forecast by both HRSDC and the Office of the Chief Actuary.”

When asked why so many students don’t seem to understand the details of the federal government’s student financial aid system, Maisonneuve pointed said the government recognizes the need to “modernize” the system and pointed to the department’s CanLearn website, where students can find of information on the Canada Student Loans Program and the details of their own loans, including transaction history of payments, and how much they have left to repay.

Tighe felt that the federal government already does a reasonable amount of information provision about the program, “it’s just a really complicated program and it’s not something that’s engrained in our education system.

“Trying to get through your degree, you have enough stresses just trying to get enough funding to progress year to year. There’s definitely information out there, it’s just that students don’t necessarily go out and find it all the time.”

Doug Hoyes, a licensed bankruptcy trustee who testified before the Senate Standing Committee on Banking, Trade and Commerce on changes to legislation on student loans and bankruptcy in Canada in 2008, said that it was essential for students to keep track of how much they’re going to owe once they graduate, explaining that there were plenty of debt calculators available for students to use online.

“If students actually saw that number, they’d realize ‘oh my goodness, I’m going to have to pay $400/month on my loan, but I’m only making $1500/month’ . . . that may make it more likely that students are working a part-time job, where otherwise they wouldn’t have been,” Hoyes said.

In his experience, Hoyes said it was “quite common” for clients to file bankruptcy because of unpaid student loans, explaining that 14 percent of clients at his firm, Hoyes Michalos & Associates, have outstanding student loan debt at the time of their insolvency. According to the firm’s website, the average age of these applicants is approximately 35 years old, since student loan debt is only dischargeable in bankruptcy if the applicant has not been a student for seven years, after new student loan bankruptcy laws passed in Canada in 2008.

For some students taking on debt is not necessarily a negative. Ashley Gaboury, an English major at the University of Manitoba, said she was nervous about taking out a federal student loan for the first time to help pay for her last year of university. However, she felt that student loans weren’t necessarily a bad form of debt, considering it’s going towards an education that will hopefully lead to a job.

“It’s just another thing that you’ll have to cover. I already have a credit card that I have to budget for and a cell phone, so I think it’s just something that you have to see if it . . . will fit into your life.”