"Universities need to grow a spine and stand up for free expression," says advocate 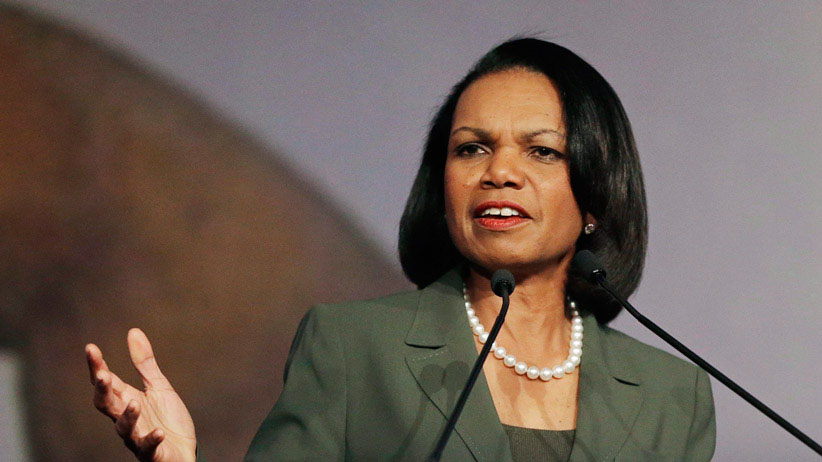 Christine Lagarde, head of the International Monetary Fund, has withdrawn as the commencement speaker at Smith College in Massachusetts after a petition called for her to do just that. “By selecting Ms. Lagarde,” it reads, “we are supporting the IMF and thus going directly against Smith’s values to stand in unity with equality for all women, regardless of race, ethnicity or class.” The petitioners accused the IMF, which lends money to struggling nations, of oppressing women through its policies.

In a letter to Smith’s president, Lagarde wrote, “to preserve the celebratory spirit of commencement day, I believe it is best to withdraw my participation.”

This week’s high-profile cancellation followed at least two others this graduation season, prompting some to call on universities to do more to protect free speech.

Condoleezza Rice, former national security adviser to George W. Bush and current political science professor at Stanford University, announced earlier this month that she was withdrawing from Rutgers University’s convocation after a group of protesters said she shouldn’t be allowed to speak because of her involvement in the Iraq War. (In case you’re wondering, Snooki of Jersey Shore delivered the 2011 Rutgers address.)

Ayaan Hirsi Ali, a human rights activist and former Dutch MP, wasn’t given a choice about whether to cancel her speech at Brandeis University. After critics called her “Islamophobic,” the university stated it, “cannot overlook certain of her past statements that are inconsistent with [our] core values.” Hirsi Ali, born a Muslim in Somalia, has made a career arguing that Islam is discriminatory against women. She once told Reason, a U.S. magazine, that she believes Muslims do not want peace.

John Carpay is a lawyer with the Justice Centre for Constitutional Freedoms, a Calgary-based organization that compiles the annual Campus Freedom Index, which assesses how well universities uphold free speech. Last year’s report found that roughly half of the 45 universities studied failed, in part because they wouldn’t protect speakers with unpopular opinions. He compares the cancellations of commencement addresses to when Ann Coulter’s speech at the University of Ottawa was prevented in 2010. The school’s provost sparked an outcry after he warned the Islam-hating pundit that she might face charges if she said offensive things in Canada. About 200 protesters showed up and police decided it was not safe for her to speak.

Carpay says universities ought to teach their students how to peacefully refute the ideas of speakers they find offensive. “When you seek to silence them, it pushes society toward a groupthink where only popular ideas are accepted in the public realm,” he says, “and when everybody thinks alike nobody thinks very much.”

“Universities need to grow a spine and stand up for free expression,” he adds. “Every time you give in, it just emboldens the mob … The mob is a bully and every time you say yes to the mob, it becomes bigger and makes more outrageous demands.”

Carpay doesn’t fault speakers for cancelling when universities fail to provide security. Luckily for him, some university administrators are willing. Despite protests from its student union, Ryerson University paid for extra security at a men’s rights lecture in February. That followed a men’s rights lecture that was shut down by protesters at the University of Toronto in 2012 and another that went ahead in 2013 with minimal disruptions, in part due to more security than at the first.

And despite Jewish groups asking McGill University to reconsider, Judith Butler’s commencement speech and honourary degree went ahead last spring. The American academic offended many when she sympathized with terrorist groups, despite clarifying that she doesn’t support violent resistance. Her speech at McGill turned out to be a defence of the humanities that included a few nods to freedom of expression.

“The humanities give us a chance to read across languages and cultural differences in order to understand the vast range of perspectives in and on this world,” she told the audience. “How else can we imagine living together without this ability to see beyond where we are, to find ourselves linked with others we have never directly known, and to understand that, in some abiding and urgent sense, we share a world?”