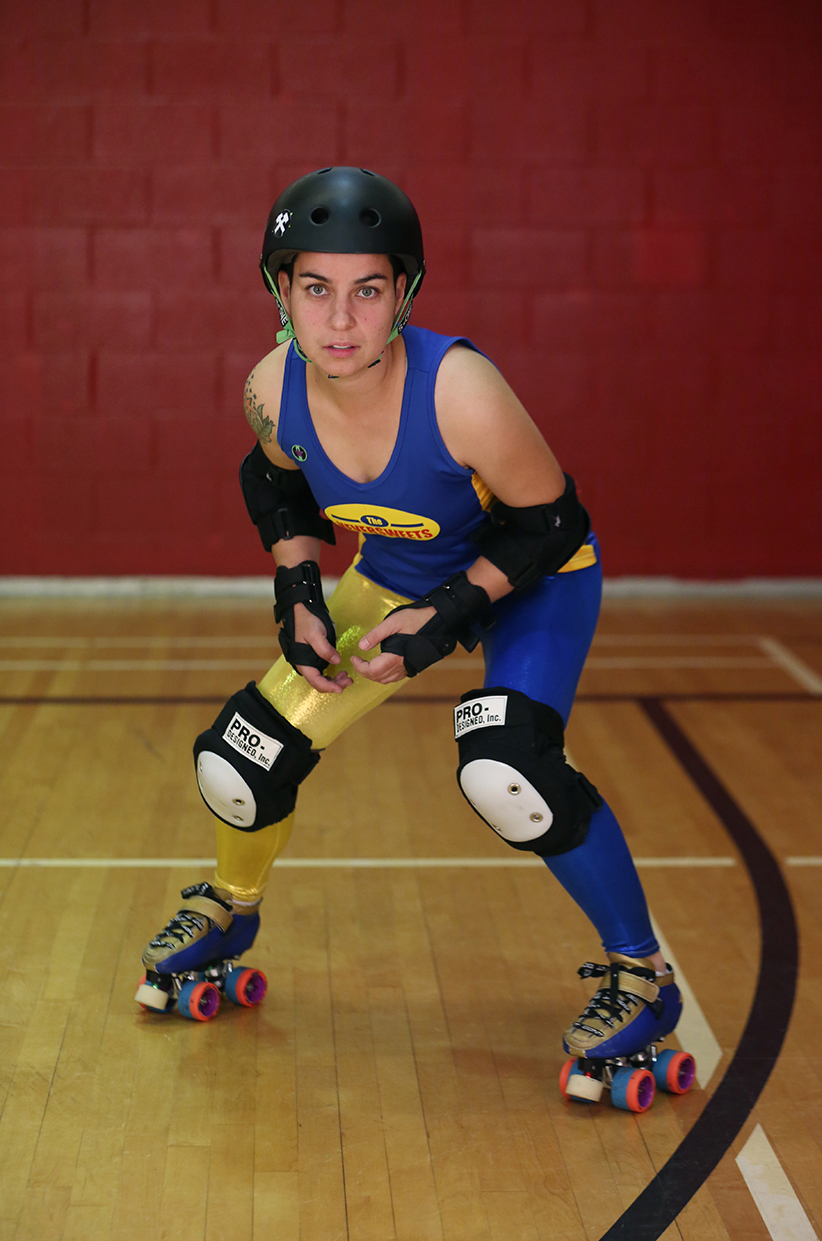 Max Liborion is an assistant professor at Memorial Univesirty and is also a member of the Neversweet Roller Derby team. (Photograph by Paul Daly)

Max Liboiron: Not long after she came to Newfoundland, geography professor Max Liboiron went looking for a “not-related-to-work” endeavour to replace the stand-up she used to do. “There’s not much of a comedy scene here, so I bodycheck women instead.” Twice a week, the 37-year-old becomes the “Crash Collector” on her team, the “Neversweets” (a play on the name of Newfoundland margarine, Eversweet). She has taken a few punches in the face and cracked her tailbone, but still has all her teeth. “I’m not a glutton for punishment, even if it kind of looks that way,” she laughs.