An insider's guide to the best place to study, hangover breakfast and more 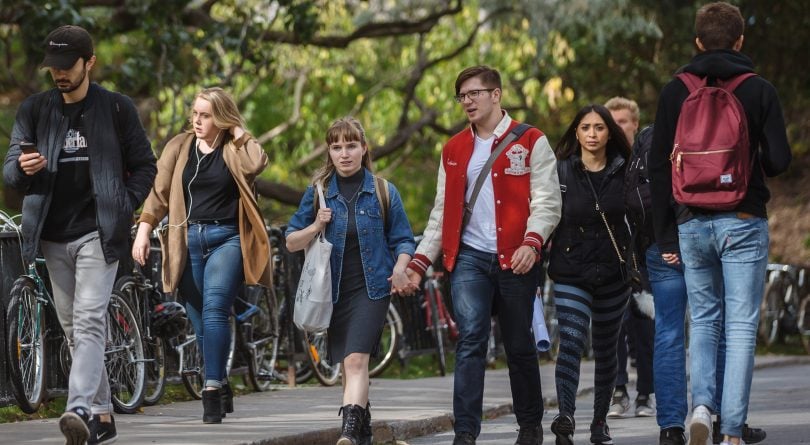 Best food on campus:
Anything from Avvocato Café in the law building
Best cheap lunch:
Samosa sales on campus. Hard to beat three for $2.
Best hangover breakfast:
Beauty’s on Mont-Royal
Best place for a nap:
The Arts Lounge
Best place for a fancy meal:
Moishes Steakhouse is a classic
Best pizza:
Pizza Soleil in the McGill metro station
Best weekend activity:
The Montreal Museum of Fine Arts is free if you’re under 30
Best bar for hanging out:
It was Gerts Campus Bar, which is sadly closed for renovations
Best place to live:
The Milton Parc neighbourhood right next to campus is sweet and convenient with many local shops and cafés
Best place to study:
The Birks Reading Room in the McGill Library is my favourite
Best campus event:
The McGill Book Fair
Weirdest tradition:
Getting day drunk during exam season at OAP Lite
The thing that surprised me most about the school:
It’s literally built on a mountain
The one thing I would change about the school:
I would eliminate any building north of Ave du Docteur-Penfield

McGill, often referred to as “Canada’s Harvard,” boasts a beautiful downtown campus and bright, budding academics. These are the factors that draw you to McGill and keep you there. If you want to live in a city without high rent prices and aren’t afraid of long winters, McGill is the place for you. At McGill, and in Montreal, I have found community, friendships and lessons I will carry with me for the rest of my life. I was not raised here, but it is where I’ve grown into my own.

As a student I struggle, but I also feel so lucky to be here. I cried when I found out I got into McGill. While the honeymoon phase may be over, I am still satisfied with my choice. McGill has a certain atmosphere; you feel both connected to the school’s history and part of its future. Even in the dead of a Montreal winter you can look up at the iconic dome on the Arts building and feel like you are part of something bigger.

Across 300 graduate and undergraduate programs, there are 11 faculties and 13 professional schools serving 40,000 students. McGill boasts the most Rhodes Scholars of any Canadian university. The school boasts alumni like Leonard Cohen, the current governor general and prime minister, as well as members of Arcade Fire. Going to McGill means something.

After Class
There is so much to dislike about McGill—and that’s one of the things I like most about it. A quick search reveals a number of scandals and controversies in the past year alone. What these stories neglect to mention is the student resistance and activism in response to our administration’s actions (or lack thereof). Students at McGill care for each other and for the world at large. Students, especially marginalized ones, are fighting for a better team name, better mental health services and better policy on sexual violence. If you want to really make a difference at McGill, get involved; help McGill continue to mean something.

Local Vibe
Montreal is truly a beautiful city. From the great nightlife to beautiful and historic architecture, Montreal has much to offer. Each neighbourhood in the city has its own feel and traditions. They’re all connected by a largely well-maintained transit system. Hike up Mount Royal, see a show at Place des Arts, head up to Mile End for a bagel (or 12), take in the street art sprinkled across the Plateau, and above all, be sure to pop the so-called “McGill Bubble.”