An insider's guide to the best cheap lunch, place to study and more 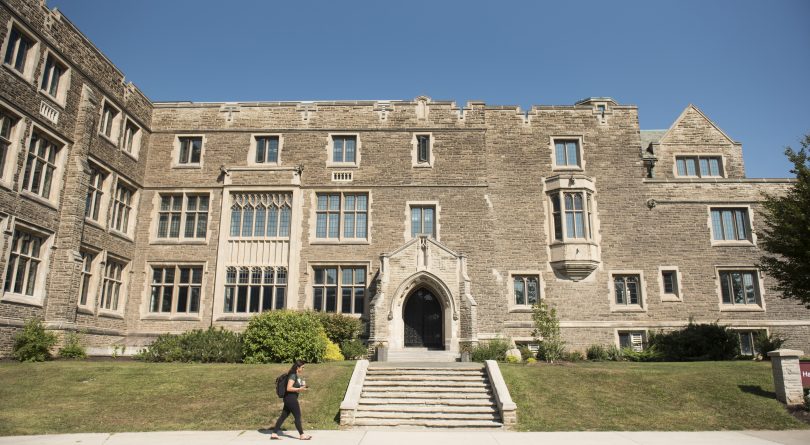 Best place to live:
On campus, the Les Prince and Mary Keyes residences are the most sought-after. Near campus, there are many beautiful student houses on Sterling, Forsyth, and other streets cutting through Westdale.
Best place for a nap:
Probably the new “Refresh Nap Lounge” in the student centre. I haven’t tried it, but it looks supremely comfortable.
Best cheap lunch:
If you’re looking to grab something on the way to class, Union Market is the place to go. The bagels run out quickly, so I’d recommend going earlier than later.
Best hangover breakfast:
Close to campus, Paisley Coffeehouse in Westdale. They have homemade desserts, sandwiches, paninis, quiches and more.
Best bar for hanging out:
Snooty Fox, in Westdale, is known to students as “Snooty’s”
Best food on campus:
The crepes at the Grind are spectacular
Best place to study:
I love L.R. Wilson. It’s not a library, so students won’t be stewing in silence. But the building is bright, and the modern design and architecture inspires productivity.
Weirdest tradition:
I’m not sure whether it’s a tradition or it was just a one-time thing some upper-year students did a few years ago, but sleeping in the middle of the Cootes Paradise forest
Best campus event:
The MSU’s “Tinder Tales” comedy night at TwelvEighty was hilarious. Our student union also hosts big-name performers throughout the year. Last year, Post Malone performed during our frosh week.
Best live music venue:
FirstOntario Centre

McMaster University, home to approximately 30,000 students, is nestled between the Cootes Paradise forest and the cozy residential communities of Westdale and Ainslie Wood. The university is perhaps best known for its STEM programs. Last year, McMaster was named first in Canada in faculty and graduate student research intensity by Research Infosource. If you are in thrall to science, there is no other place to be.

In recent years, McMaster has also received widespread recognition for its Integrated Science (or “iSci”) program, which weaves together different strands of science to give students an interdisciplinary foundation. Arts & Science (“Artsci”) has also gained steam. This program offers courses across science and non-science fields and is designed to sharpen students’ critical thinking skills.

Some cool Indigenous studies and experiential learning classes have recently been created. Faculties like social sciences and humanities also offer emerging opportunities for internships and research.

It didn’t take long for the campus to start feeling comfortable and familiar to me. McMaster has a cozy feeling in its DNA. Running into friends, specifically in our student centre (called “MUSC”), is inevitable. MUSC—the centre and lifeblood of campus life—is densely packed with students and littered with small shops and food places, including local restaurants like TwelvEighty and well-known chains like Tim Hortons and Teriyaki.

Extracurriculars at McMaster are also quite fashionable. From lab positions to 300 different clubs, there are tons of avenues for involvement. Regardless of what your interests are, McMaster has a community for you.

After Class
Hamilton’s reputation as a pollution-ridden “Steel City” can downplay the city’s beauty. Hamilton has a burgeoning arts and culture scene, waterfalls and incredible wildlife. McMaster hugs Cootes Paradise, a wetland thick with trails and forest wilderness. I’ve even seen deer on campus. Last year, the window in my dorm room overlooked a lovely piece of the forest. During the fall, the autumn leaves and trees made it look like all of Cootes was on fire.

Local Vibe
The nearby Westdale neighbourhood is dotted with popular student pubs, food chains, restaurants and coffee shops. Student houses in Westdale and the Ainslie Wood area are located within walking distance from campus. While there are commuter students, McMaster is certainly not a commuter school. No matter the hour, McMaster sweater-clad students can be seen walking together or hanging out in the restaurants and coffee shops near campus.

More Info
McMaster’s student newspaper, the Silhouette, is the best way to learn about things happening on campus. Our Facebook pages Spotted At Mac and Mac Confessions are also good outlets to check out if you’re looking for an insider perspective.