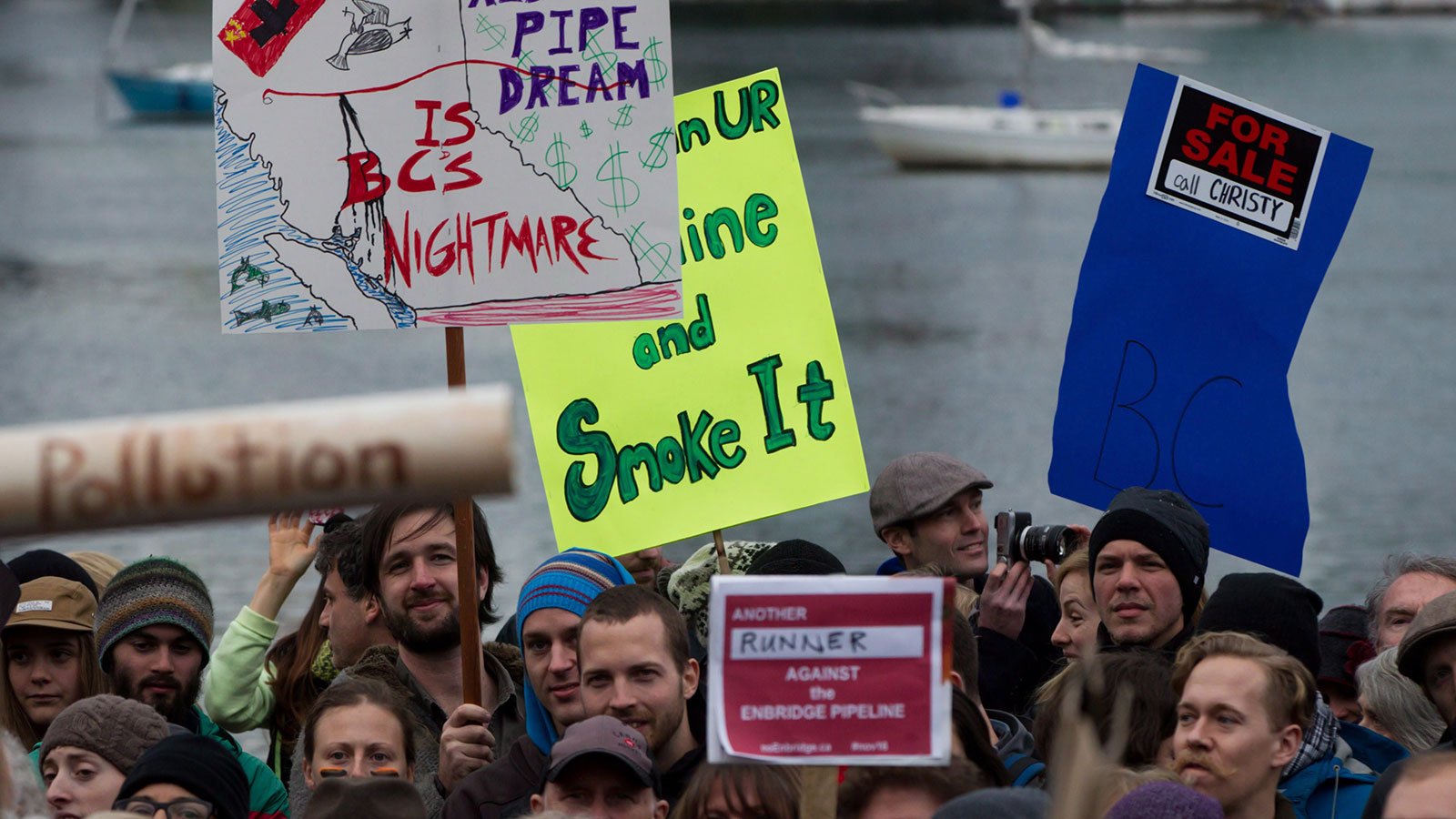 A demonstration against the Northern Gateway pipeline in Vancouver, B.C. in Nov. 2013 (Darryl Dyck/CP)

Sustainability is part of the University of British Columbia’s brand so it’s not surprising its $1.1-billion endowment fund is a target of the international movement demanding public institutions “divest” from fossil fuel companies. Divestment, a tactic used to fight South Africa’s racist Apartheid policy, means taking money out of entities perceived to be creating a social ill, in this case climate change. UBC is estimated to have $100 million in companies whose products lead to greenhouse gas emissions.

The movement, organized on campus by the group UBCC350, got a boost in January when the student body voted 77 per cent in favour of urging divestment.

This week, UBC’s Board of Governors approved a new policy that responds to the divestment debate but UBCC350 says the new rules won’t go far enough.

The Endowment Responsible Investing Policy expands the school’s commitment to environmentally and socially-minded investment, “within the limits faced by an investor in externally managed pooled funds.”

Critics have called divestment impractical because institutional investments are typically in pooled funds that spread the risk of losing money across many sectors, making oil and gas companies hard to avoid. They also point out that if an institution removes money, someone else will invest. The new policy acknowledges that “[divestment] may be more symbolic than effective, especially for relatively small investors such as UBC.”

However, it goes on to say UBC will consider divesting in cases when five criteria are met, including, “proven, social, political, economic or environmental rationale; reasonable evidence that divestment is an effective way to achieve the desired outcome; absence of alternative policies that are as effective at a lower cost, or more effective at the same cost,” and “consistency with the University’s legal obligations as trustee.”

Alex Hemingway, a PhD student and UBCC350 spokesperson, says he’s aware that it’s difficult to find funds that are free of fossil fuels. “This isn’t going to happen over night.” UBC should commit now to divesting within five years in order to signal to the market that institutional investors want such funds, he says. He believes symbolism shouldn’t be underestimated as it has the power to stigmatize the fossil fuels industry.

The policy does commit to some “best practices” encouraging sustainability which Hemingway calls a good first step.

Pascal Spothelfer, UBC vice-president of communications and community partnerships, explains how some of those “best practices” should work. “We own shares indirectly in funds that are voted on by other people,” he says. “We will try to influence the fund managers… so that the [environmental] principles come to bear.” With the new policy, it has also become part of “due diligence” to make sure new fund managers consider sustainability, he says. “I think it’s a very balanced approach.”