Queen's University 411: Where to find the best cheap lunch and more 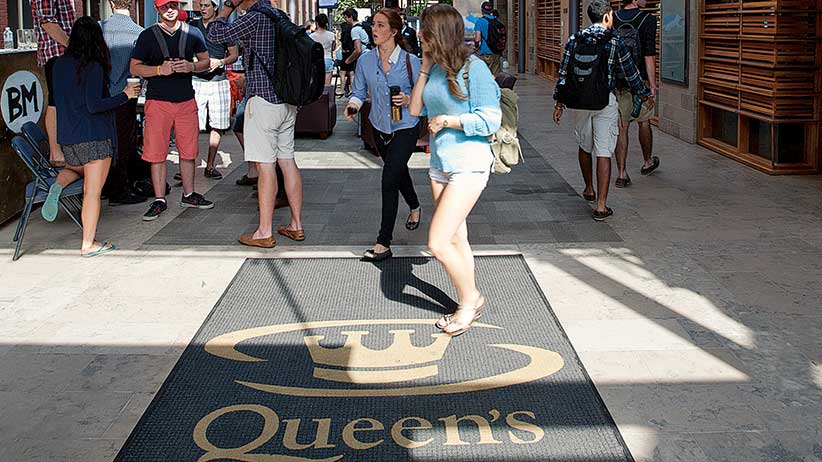 MACLEANS-QUEENS-10.02.13-KINGSTON, ON: Goodes Hall at the Queens University School of Business in Kingston, ON. Photogrpah by Cole Garside 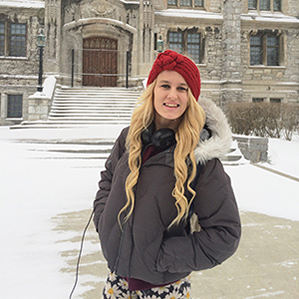 ‘We can tricolour that, right?’

Green Room in the basement of Theological Hall

Tommy’s. The place is open 24 hours on weekends.

The Brooklyn for weekly trivia night and tasty craft beers

Everything is within walking distance; failing that, your student card doubles as a bus pass

The Grease Pole or the Jacket Slam. Really, almost anything out of the engineering faculty.

Anything on the Queen’s Free and For Sale Facebook page

I never wanted to be a little fish in a big pond. When arriving at Queen’s, I had recently graduated from a class of barely 40 people. Being thrust into a world with 26,000 students, all vying for the same success, can be alienating. As a first-year on campus, you are surrounded by hordes of fiercely competitive, academically driven students. There is the anxiety of being a number, not a name. However, the differentiating factor is the community among the masses.

The Alma Mater Society (the oldest Canadian student government, and Queen’s main student democratic body) offers a staggering number of clubs, committees, teams and organizations, boasting more than 500 employees and 1,500 volunteers. So for every scared undergraduate, there is a niche. Like finding a boat with a competent crew, connecting with a more intimate community will ready you to set sail into the “big pond” of opportunity. 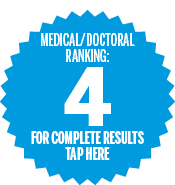 Once you’re settled, you’ll find innumerable methods of customizing your degree to suit your career and life pursuits. The school features incomparable assets such as the Agnes Etherington Art Centre, where a third Rembrandt is expected to go on display this year. If this doesn’t pique your interest, brush off your suit and take a business certificate with your degree: the Smith School of Business now offers its courses outside of the commerce program. Failing that, study abroad for a year at the Queen’s campus in East Sussex, England. The ghost-laden myths and history of the liberal arts campus at Herstmonceux Castle are chilling and engrossing.

The real magnetism of Queen’s is that it’s big enough to offer something for everyone, but small enough to make each experience personal, which I believe is the crux of its superiority.

After 175 years, Queen’s has become ingrained with tradition. The professed cry of “bleeding tricolour” often comes alongside the Oil Thigh, a Gaelic war chant. Unexplainable events such as the engineering class’s grease pole involve first-years frantically clawing their way to the top to claim a tam.

Though seemingly trivial, these events contribute to the continuity of tradition at Queen’s, which links students to an expansive network of alumni who are often more than willing to give out advice on the job market after graduation.

The tourist-friendly centre fills in the summer with live music from events like BuskerFest. However, during brutally cold winters, the incentive to leave the campus area is close to zero.

The expanse of bars, pubs, coffee shops and restaurants makes up for the sparse club scene. Cafes such as the Sleepless Goat or Sipps are unique spots to escape the hum of campus, or just to study in peace.

The student-run newspaper has you covered at QueensJournal.ca