An insider's guide to the best cheap lunch, place for a nap and more 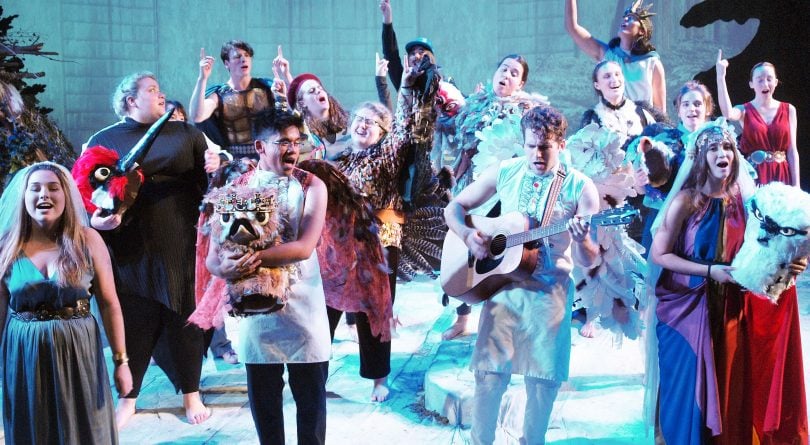 Best place for a nap:
I’ve taken countless naps on Stauffer’s third floor. Take the elevator (obviously), turn left and you’ll find a good supply of armchairs to doze in.
Best cheap lunch:
Queen’s Pub. From burgers to fried pickles and mac ’n cheese bites, they’ve got you covered.
Best hangover breakfast:
Pancakes at Tommy’s. Or the french toast, or breakfast poutine, or the brunch burger, or the omelettes. And maybe a caesar?
Favourite campus food:
My go-to foods are the cheddar top-secret bagel from Common Ground Coffeehouse or pad thai from Khao
Best bar for hanging out:
The Alibi has board games, great lighting, friendly staff and an unforgettable nacho menu
Best place to study:
Common Ground Coffeehouse if you don’t mind a busy atmosphere. If you do, check out the Brew.
Best place to live:
University Avenue or Adelaide Street are for you if you like to be close to the action during orientation week, homecoming and St. Patrick’s Day
Weirdest tradition:
The thrusting
Best campus event:
Queen’s students lose their minds for orientation week, homecoming and St. Patrick’s Day
Best giveaway:
Free stuff like pizza slices, ice cream and energy drinks at the Sidewalk Sale during O-week
The thing that surprised me most about the school:
How much power students have over what can happen on campus

Since its birth in 1841, Queen’s campus has grown into a blend of the ancient and the modern. You’re surrounded with decades of tradition as Gothic architecture lines the cobbled streets and ivy climbs old campus buildings.

During orientation week, you’ll discover how much campus has to offer. Before capping off the week with Queen’s famous mystery concert—which has previously featured bands like Marianas Trench and the Strumbellas—explore the millions of books
spread across five libraries or enjoy a hot beverage at the Tea Room, a student-run, zero-waste coffee house.

Ever expanding, campus boasts a newly renovated Mitchell Hall, complete with Starbucks, several gyms and Student Wellness Services. There are also plans to open a University Council on Anti-Racism and Equity space this spring and to renovate the John Deutsch University Centre in the coming years.

Don’t be daunted by Queen’s elitist reputation, because while no two student experiences are the same, they’re all equally valuable. You’ll quickly find your own source of tricolour spirit here on campus.

After Class
In September, you will learn your faculty dance, cover your overalls in tricolour and undergo the long-established tamming ceremony, in which every frosh gets a tam o’shanter (Scottish cap) with a pom-pom the colour of their faculty.

If you’re passionate about politics, get involved in Canada’s oldest student government or check out the model parliament. If you care about advocating for sustainability, join the Society for Conservation Biology or Queen’s Backing Action on Climate Change. Want to build a boat? Join QMAST, a student design team that designs and builds autonomous sailboats.

Whether you want to join Queen’s bands and cheer on athletes at football games or write for the Queen’s Journal, the second-oldest student newspaper in Canada, there’s a place for you.

Local Vibe
Kingston has a bar for any kind of night and a restaurant for any kind of craving. Restaurants like the Copper Penny, the Toucan, and Thai House will give you an excuse to explore Kingston’s downtown hub.

If you want to escape the bustle of campus, take a walk along Lake Ontario or go swimming at the newly opened Gord Edgar Downie Pier.

More Info
Check out QueensJournal.ca to find out what’s happening on campus.