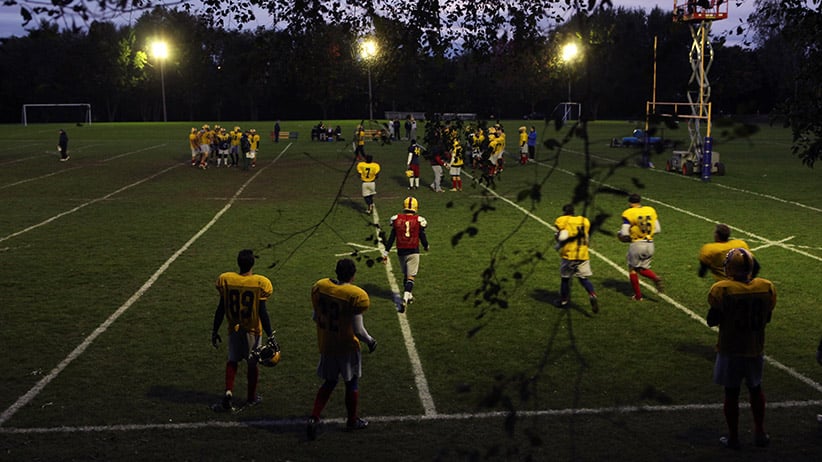 Liz Schell, a Kingston, Ont. city councillor, says she was “stunned” to wake up to hundreds of emails today and a Twitter campaign urging her to vote in favour of a noise control bylaw exemption for Queen’s University’s athletics fields. Some of the emails are “vitriolic,” she says, accusing her of being anti-sport, anti-youth and kowtowing to NIMBY neighbours.

Leslie Dal Cin, Queen’s athletic director, says the campaign was launched to give a voice to community members worried that, without a vote on July 15 in favour of an exemption, Queen’s won’t be able to blow whistles or make announcements during games. “The reality is we’ve been using the fields for 40 years … We got our first noise complaint in the fall of 2013.” She says that the #SaveOurFields campaign was launched after Schell told a local newspaper last week that she didn’t think Queen’s had made their case that they could keep the noise down.

Schell says the problems started after Queen’s added artificial turf to a field on the West Campus in 2011, where things like soccer games and football practices take place. With the turf came a lot more use. Early on, there were complaints from nearby residents about the lights, which Queen’s addressed with modifications. Then, last summer, many teams started playing loud rock music. “That’s what got the neighbourhood upset because it was new and it was intrusive and going on for hours at a time.” Residents realized they could complain to the city, and many did; Schell says she received upwards of 100 complaints.

That’s when Queen’s realized they were likely breaking the rules, which went so far that they outlawed whistles. In response, the school applied for an exemption that would have covered the fields from 9 a.m. to midnight, with play ending no later than 11 p.m. The neighbours weren’t impressed. Queen’s proposal was scaled back and scaled back again. Last Thursday, they told council they want only the right to blow game whistles, broadcast game-related announcements and play the national anthem over speakers at the fields, plus the right to play music during breaks in the action at Richardson Stadium (on another part of campus). Now they’re only asking for it from 9 a.m. to 9 p.m. During a two-hour soccer game, they estimate there would be five minutes of loud noise.

After a staff recommendation made today and considering Queen’s scaled-backed demands, Schell will, after all, support the exemption. But she says there’s still work to be done to repair relations between Queen’s and the aggrieved neighbours. That will be trickier, she says, now that Queen’s has launched their social media campaign. “[The neighbours] have been getting called quite a few names on emails and Twitter,” she adds, “so it’s kind of inflamed things.”