Striking professors are blinded by greed 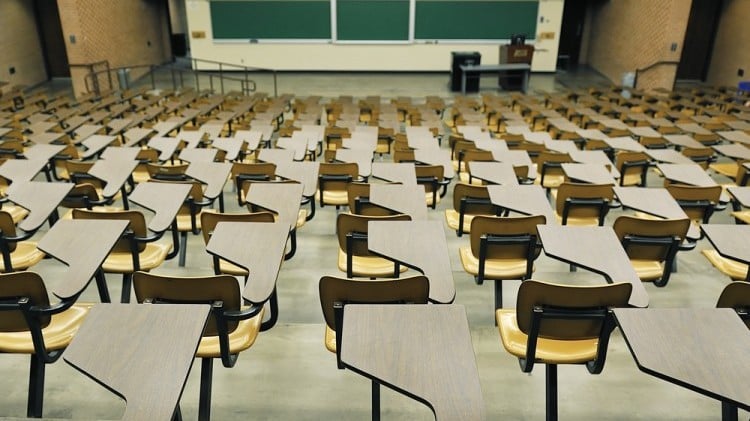 One of my first assignments as a student reporter at the University of Guelph was a potential professors’ strike that was a major source of anxiety for students. It would have impacted graduate school applications, summer jobs and travel plans, not to mention our educations. The most maddening part was that our professors, who were already well paid and who seemed to have the most fulfilling jobs on the planet, were willing to take us hostage to make even more money.

The strike never happened. Instead, administrators agreed to raises of about 19 per cent over four years on top of other increases.

It turned out Guelph couldn’t afford the raises. The school ended up with a huge structural deficit that led to hiring freezes and deteriorating buildings jammed with ever more students paying ever more tuition. In spite of this, the school’s president was paid $465,724 plus benefits last year.

In January, a three week strike disrupted the lives of thousands of students at the University of New Brunswick and this week students are demanding refunds to make up for lost time and forgone tuition. Now, Mount Allison University’s professors are on strike too. It never ends.

Six years after first reporting on my first faculty labour dispute, I’m more convinced than ever that when it comes to their own compensation, professors are too biased to see the financial realities universities face. The truth is, the students and taxpayers who pay our universities’ bills can’t afford perpetual raises. Professors unions should be ashamed for saying otherwise.

FOR A PROFESSOR’S VIEW, READ On calculating a fair wage for striking UNB professors

Professors unions will always say their strikes aren’t about money but “academic freedom” or the “academic mission.” However, if it’s not about money, why do strikes only end with the promise of raises? Academic issues are important, but overblown to distract attention from other demands.

Professors work hard, 50 to 60 hours per week, and they deserve to be paid well, but the vast majority are already in the top 10 per cent of earners and in line for generous pensions. The average full-time professor earned $115,513 in 2010-11, reports the Canadian Association of University Teachers. The average worker made $45,464. The average salary for striking tenure and tenure-track faculty at Mount Allison is $110,849 and 70 per cent make more than $100,000, University of New Brunswick professors averaged $102,144 pre-strike. Isn’t that enough?

You may be saying, wait a minute, didn’t my psychology professor break down in tears while explaining how she has to rush from one university to another to piece together an income? That’s because about half of teaching is now done by “sessionals” or other contract workers who are hired on a term-by-term basis and paid several thousand per course, which isn’t enough to live on. Sessionals probably deserve better pay but they aren’t usually the ones on strike.

Professors will often tell you their salaries can’t be compared to other workers in Canada because they’re part of a global competition for talent. If we don’t pay them more, they might pack up and leave because, you know, market forces. As Mount Allison’s Faculty Association wrote recently, “universities compete on provincial, national and international levels for faculty.” As St. FX’s faculty union put it, “if working conditions continue to deteriorate at StFX, it will be increasingly difficult to recruit and retain… high quality academic employees.” That’s such a joke. If wages were regulated by a free market price rather than through restrictive collective agreements, the huge over-supply of PhDs working as underpaid sessionals would push professor salaries down, not up. And if a professor did choose to pack up and leave for a better paying county, she’d have trouble finding one. Canadian professors are already the best paid in the world, according to a 2012 study of 28 nations. With cost-of-living taken into account, the average full-time professor in Canada earned $7,196 monthly compared to $6,054 in the U.S, $5,943 in the U.K. and $5,141 in Germany.

But the money they’re spending is yours. It comes from tuition and provincial coffers. Today’s student is paying more tuition than ever and will also be required to refill those provincial coffers one day. Jacques Lapointe, auditor general of Nova Scotia, warned just last month that his provinces’ net debt of $14,832 for every man, woman and child, “remains a considerable burden for future generations.” Provinces that can’t pay their bills (most of them) can’t afford raises.

But St. FX professors got their raises anyway last year and so did those at UNB. So long as professors are willing to cover their eyes and demand more, expect tuition and taxes to keep rising.